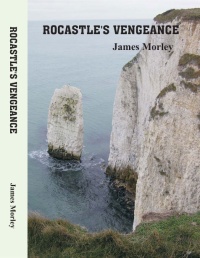 Captain Peter Wilson is a Captain with no ship, being unemployed following a disagreement with his former employer. Now he has taken on the position of Harbour Master in small-yacht Marina in the village of Duddlestone on the South Coast.

His first encounter with his new employer, United Marinas does not fill him with confidence. He is particularly unimpressed by the company’s main investor Doctor Paul Hooder, who owns the site. When he later meets attractive Laura Tapstall, Paul Hooder’s business manager, he begins to learn that all is definitely not going to be plain sailing.  For the Duddlestone community have secrets that go back fifty years -  dark unresolved secrets that Peter Wilson discovers have links to his own family about which he had no knowledge.

A fast-paced thriller, this is a real page turner, as Peter tries to understand just what actually happened fifty years ago to instil such silence and fear amongst the inhabitants, and what part his own family played in the events.  As in many small villages, everyone in Duddlestone is related, which makes it impossible to get anyone to open up. There are twists upon twists, and it kept me guessing right to the end, and the final unexpected twist.

I love a good mystery, and I heartily recommend this book as one of the best I have read in a long time.
-----
Reviewer: Lizzie Hayes

James Morley sis a local author, writing books under the name Benham's Sea Mysteries. Retired from an agricultural background Jim has been writing books since 2005. He is well known in the local area for his novels, short stories and publicity writing.
for pleasure.