Since Kate’s father, stepmother and eight-year-old sister were killed in a mysterious car accident in South America, when Kate was nineteen, Kate has been drifting. Although she was a passenger in the car, she has no recollection of what actually happened.

This is the story of a number of people who appear initially to be unconnected.  There is Kate unsettled and in need of a ‘proper job, who is currently a waitress following her divorce living with her brother Magnus. There is retired Dora Harding who on her early morning dog walking routine encounters something surprising. There’s Janine, formerly ’plain Jane’ who has been determined to ’make something of herself’; And Jefferson,  who wanted to be a detective, but ended up with a high-powered job at a merchant bank in London.

The unwanted attentions of a customer in the bar where Kate works spark off a chain of events that bring these unconnected characters together and eventually lead back to the accident in Ecuador ten years previously.

Cleverly plotted and with marvellous characterisation, Susan Moody is a gifted story-teller, as she draws the reader into the lives of each of the characters.  And then skilfully pulls the threads together, but slowly, so that as the truth began to emerge, I was turning the pages faster, eager to learn what happened on that fateful day.
Compelling reading.
-------
Reviewer: Lizzie Hayes 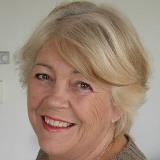