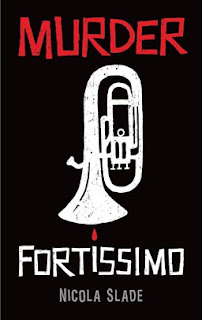 Harriet Quigley, retired headmistress, has, unknown to either her cousin Canon Sam Hathaway or any of her friends, booked herself into Firstone Grange following an operation.

Firstone Grange is both select and expensive. Not an old people’s home but a kind of hotel for older guests who might be convalescing or just wanting some peace and quiet.

Alice cannot believe her luck when her mother Christine Marchant decides to try a month’s respite care at Firstone Grange. Coinciding with this event Alice learns that her boss Barry Wilson has sold his estate agent business to Neil Slater.  Initially, browbeaten Alice fears the worst but matters take a surprising turn.

When Christine Marchant takes up residence at Firstone Grange she has a most unsettling effect on the current guests, for Christine Marchant is a most unpleasant women revelling in the misfortune’s of others, and keen to exploit their weaknesses for her own pleasure.  From the elderly inmates to young Gemma Sankey who works at Firstone Grange Christine Marchant has something on them all and she makes sure that they all know it, enjoying watching her victim’s squirm.  When a heavy euphonium falls from a balcony landing on her head, it is initially put down as an accident, but Harriet is not so sure.

With clever plotting and a marvellous cast of characters, Nicola Slade has presented a real brain-teaser.  Virtually everyone who knew Christine Marchant is a suspect.  So just who did kill Christine Marchant, and how did they do it?

An interesting exercise in the effect one person can have on so many lives and the changes wrought once the evil presence is removed. A most enjoyable and tantalising mystery.
------
Lizzie Hayes

Nicola Slade was brought up in Poole, in Dorset, and since then has lived in various places including Cairo, in Egypt. Nicola writes two separate series. An historical series featuring  Charlotte Richmond, a young Victorian widow, and her  new series of contemporary mysteries, which features recently retired headmistress, Harriet Quigley and her clergyman cousin, Canon Sam Hathaway.  Nicola lives with her husband and two cats near Winchester in Hampshire.