‘The Big House’ by Larche Davies 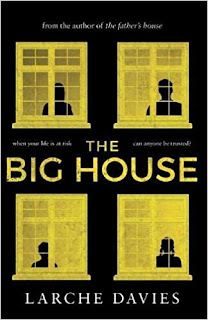 Four children – Lucy (15), Paul (6), David (15) and Dorothy (16) – are crammed into the back of a car, driven by Pete and social worker Bev. They are being driven to Wales, to a safe house, prior to their giving evidence in the trial of two men charged with two or perhaps three murders connected with a cult which worships a being called The Magnifico. The priests of the cult, the Holy Leaders, are intent on establishing world-wide control by impregnating women whom they have abducted; once the women have served their purpose, they are eliminated by lethal injection.

Any records of the children born as a result of this procedure are destroyed so that their true parentage cannot be traced. These four children are not the only ones who have been conditioned to carry out this fell purpose; there is a countrywide network of such people who are hiding in plain sight so the children in this story have to observe utmost precautions lest a rash word or action betray them. But at the same time, they will be going to school where they will make friends. Can those friends be trusted? And even the two kindly elderly ladies who will care for the children in the safe house – are they entirely trustworthy?

This is a sequel to The Father’s House and given the age range of the main characters in the narrative, I think is aimed at older children and young adults.
-----
Reviewer: Radmila May 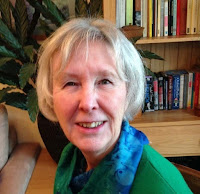 Larche Davies studied law at the universities of Aberystwyth and London. She worked in London as a barrister and legal journalist, and then in Cardiff as a judge in employment tribunals. She has five children and seven grandchildren. The Father's House was her first novel. She started writing it after she fell over the dog and broke her leg.