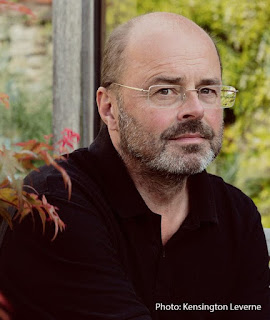 JP Delaney is the pseudonym of an author who has previously written
award-winning fiction under other names.


Mary-Jane Riley:          I have to say that when I read your first JP Delaney book, The Girl Before, I thought you were a female writer as you get the voice pitch-perfect. Your subsequent two books, Believe Me and The Perfect Wife, are also mainly from a woman’s point of view – why did you choose to do that?
J P Delaney: I’ve always been drawn to female characters – I don’t really know why. I grew up as the only boy in a family of six, which may have something to do with it. Or it may simply be that women are at a more interesting place right now, historically. They’re certainly at a more interesting place within suspense fiction – ever since Gone Girl proved there’s an appetite for complex, multi-layered female characters, neither the ‘feisty heroine’ nor ‘neurotic villainess’ stereotypes. Plus, it’s generally much easier to write women because they’re so much more in touch with their emotions!

Mary-Jane Riley: And how do you get it so right?
J P Delaney: That’s a very good question but I don’t have an answer! Having a very good team of early readers and good female editors definitely helps.

Mary-Jane Riley: The men in your books – the architect Edward Monkford, the academic Patrick Folger and the IT nerd, Tim Scott – are all obsessives. Are you in any way an obsessive person?
J P Delaney: I was about to write ‘Definitely not’ but then I realised I’m obsessive about writing. I’ll happily do between a dozen and twenty redrafts.

Mary-Jane Riley: We also know now that JP Delaney is a pseudonym. Why have you chosen to write under a different name?
J P Delaney: There was never any great mystery about it – simply that I’ve chosen to write in several very different genres, and retailers believe (wrongly I think) that it confuses readers when authors jump genres.

Mary-Jane Riley: Despite your different writing names, you say you have similar themes, characters and interests cropping up in your books. What are they?
J P Delaney: Love, grief, deception, the desire to remake the world in your own image, perfectionism, the search to find the thing we wrongly believe will fill the void in our hearts…

Mary-Jane Riley: There are so many twists and turns in your books I wonder how you keep track of them? Post-it notes? A whiteboard and marker pens? A large brain?
J P Delaney: I do tend to go through what my wife calls the ‘Beautiful Mind’ stage – post-it notes all over the walls, mad plot-grids with coloured pens…

Mary-Jane Riley: Do you plot before you begin or as you are writing?
J P Delaney: I always plan the plot in great detail before I start writing, and I always abandon the plan at some point. Usually after much agony and introspection about halfway through.

Mary-Jane Riley: The Girl Before was an immediate best-seller – did that surprise you?
J P Delaney: Yes, but not at the point of publication. My agent took an unfinished manuscript to New York on a trip to sell something else and sold it to the only editor who expressed an interest. It happened to be just before the Frankfurt Book Fair, and that was when it really took off – by the end of the week we had publishers bidding for foreign rights in over forty countries. I knew something incredible was happening then.

Mary-Jane Riley: Your second book Believe Me (also a best-seller!) had been published some years before under another title and another name but you rewrote it – why did you do that?
J P Delaney: My publishers had expressed an interest in republishing it as it was, but I had fallen out of love with the way I’d originally developed the idea. I had a sense it could be a different kind of book, with the same premise but a completely different – and much more ambitious narrative structure.

Mary-Jane Riley: Your latest book, The Perfect Wife, is a very different sort of psychological thriller as it deals with Artificial Intelligence, high-tech and robotics. How much research did you have to do?
J P Delaney: I did a lot initially, but then I put all my notes in a file and resolved not to look at it again.


There are perhaps five lines of technical stuff in the whole book – I didn’t want it to be a techno-thriller or, God forbid, sci-fi: I wanted it to be a psychological thriller about the secrets of a marriage, that just happened to be set in Silicon Valley.

Mary-Jane Riley:  The use of Artificial Intelligence can be ethically complex. Was this something you wanted to highlight with the novel?
J P Delaney:           To be honest, I was much more interested in the human dilemmas than the ethical ones.

Mary-Jane Riley:   How much of you and your life are in your books?
J P Delaney:            Ever since The Girl Before I’ve made a conscious decision to bring into my books things that provoke deep emotions in me. I think it makes the writing richer and gives me a more instinctive connection to the material. I’ve also forced myself to bring in things I feel ambivalent, or have mixed emotions, about – one of the characters in The Perfect Wife has profound autism, for example, not dissimilar to the autism my own son has.

Mary-Jane Riley: How do you silence your inner critic?
J P Delaney: With difficulty, but self-doubt is an important part of the process. You have to believe your work is terrible at times if you’re going to motivate yourself to make it better.

I had a lot of extra self-doubt with this book because of the AI element – many people, including myself, wondered if it would make the book less immediately appealing to readers in what’s become a very conservative, samey genre.  Many readers’ reviews do say things like ‘I almost didn’t read this because of the premise – but then I’m really glad I did.’

Mary-Jane Riley: What have been the highs and lows on your road to publication?
J P Delaney: One low was losing my editor, Kate Miciak, who left Ballantine shortly after it was finished.

Mary-Jane Riley: And what is next for you JP? And for us, your readers?
J P Delaney: Playing Nice comes out this time next year! I’m nearly done with the final draft. It’s very different from The Perfect Wife, at least on the surface – it has a much more domestic, everyday North London setting. It’s about two young professional couples who discover their babies were mixed up in the hospital after birth, and how they try to deal with the situation.

Looking again at the list above, I realise that it also deals with love, grief, deception, the desire to remake the world in your own image, perfectionism, the search to find the thing we wrongly believe will fill the void in our hearts… And in this case, what it means to be a parent – which is also a major theme of The Perfect Wife.

To read a review of The Perfect Wife click on the title. 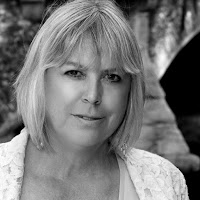