‘The Syndicate’ by Guy Bolton 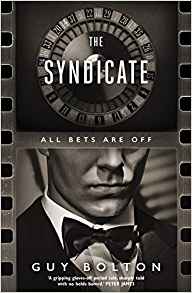 Guy Bolton’s first novel, The Pictures, was shortlisted for the CWA New Blood Award, and I’m sure another CWA nomination lies in wait for this, its sequel The Syndicate.

It’s a hot, sultry June in 1947. Once again Hollywood ‘fixer’ Jonathan Craine is tasked with solving a murder, this time of mob boss Bugsy Siegal in the seeming security of his Beverly Hills home. He’s been shot by a sniper from outside the window, and there are apparently no clues. Siegal’s rival, Meyer Lansky, calls on Craine at his Californian ranch and, to quote from a famous Mafia movie, makes him an offer he can’t refuse. Literally. For Craine has to solve the crime in five days—or his son will die. Author Guy Bolton certainly knows how to ratchet up the tension, and this stark choice is made all the more dramatic halfway through the novel when Craine, unable to find a lead, is offered an even grimmer choice: kill himself now and let his son walk free…or risk both dying if he can’t locate the murderer.

The world of The Syndicate is one of fading Hollywood opulence. Stars like Bogarde, Bacall and Sinatra inhabit the sidelines. But public scandals like Judy Garland’s alcoholism and the activities of the House Un-American Activities Committee, sniffing around the studios looking for The Red Menace, give the book a tangibly doomy and claustrophobic feeling. Paranoia is rife and the average American citizen watches his own back and trusts no-one. Into this atmosphere, Craine has to juggle the conflicting interests of politicians, police, studio bosses and organised crime syndicates.

Luckily, he has help—the spunky Tilda Conroy, reporter for the Los Angeles Herald: a woman in a man’s world. She’d probably be spearheading the #metoo movement if she were around today. She and Craine dance around each other, grasping at clues with a mixture of luck, insight and hard work, aided by ageing hitman Abe, a taciturn tough nut who reveals a surprising link to Craine, one that draws them together in an unexpected way. “Every man think he needs violence in his life,” opines one character, and Bolton doesn’t shy away from graphic depictions of this. The final act plays out like a Western and is all the better for it. The Syndicate is a well-written crime noir thriller and surely only the second in what could be a long-running series.
------
Reviewed by Mark Campbell 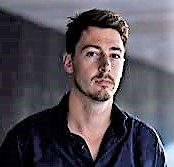 Guy Bolton is an author and screenwriter based in London. Guy’s first novel The Pictures, a detective thriller set in 1930s Hollywood, was shortlisted for a CWA Dagger award. It was listed as one of the top 10 crime books of 2017 by critics of the Telegraph, The Times and the Mail on Sunday. 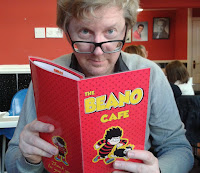