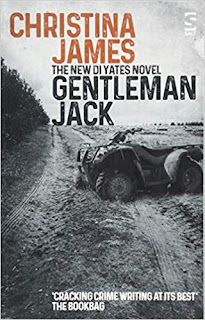 This police procedural has a rich cast of characters and an interesting and well-developed setting in the fens.   DI Tim Yates and his team have been fruitlessly investigating the thefts of expensive farm machinery for 6 months.  Their boss, Superintendent Thornton, is not happy and makes his displeasure clear.  Tim visits the site of an agricultural business specialising in old equipment and thinks he sees a quad bike in the distance that may have been stolen.  He is there because the owner, Jack Fovargue, who was assaulted in the street in front of a policeman, is strangely reluctant to press charges.

Before these cases can be dealt with another serious problem arises when a headless body is found in a Lincoln canal.  This inquiry gets more and more complex and even seems to have links to the thefts.  The interaction of the police with those they interview and with each other makes a very lively story.  The elucidation of the mysteries is complex, and the final solutions are satisfying.
--------
Reviewer: Jennifer S. Palmer
Christine James has written 6 previous police procedurals about Tim and the police team in the South Lincolnshire fens. 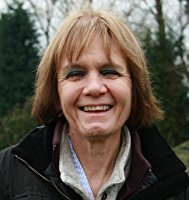 Christina James is the author of a crime thriller series set in the Fenlands of South Lincolnshire. Her first crime novel, In the Family, finds Detective Inspector Yates investigating a cold case that leads deep into the secrets of a dysfunctional family. Almost Love, the second of the series, published in June 2013, concerns the mysterious disappearance of a veteran archaeologist. Sausage Hall, published in November 2014, deals with the exploitation of women in both Victorian England and the present day. Christina James is the pseudonym of an established non-fiction writer.