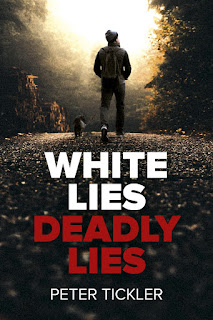 Doug Mullen, an ex-soldier turned private investigator based in Oxford, is cruising along the motorway when a multi-vehicle collision interrupts his journey.  Always quick to act in an emergency, Doug pulls a mother and daughter from their Fiat Uno which is trapped beneath the smouldering carnage on the tarmac.  His heroism is subsequently celebrated when mobile phone footage of the incident is shown on national television.  Mullen, along with the rescued Natalie and Ellie Swan, find themselves beamed into homes around the country, but whilst the P.I. is inundated with requests for his investigative skills, the women are less comfortable with their unexpected media exposure.  It transpires that the pair live within walking distance of where Mullen has taken a house-sitting job, and when Ellie’s mother suffers a stroke following the accident, he visits them to offer moral support.

Events take an unsettling turn when Natalie receives a surprising package.  Mullen feels obliged to turn his attention to tracing the sender, whilst still trying to juggle new cases that have resulted from his unexpected celebrity.  The detective is engaged not only to find a young Syrian refugee who has disappeared from his Oxford home, but also to track down the author of a threatening letter and confirm the whereabouts of a recently released prisoner.  The humdrum routine of these enquiries plunges the P.I. into a complex web of suspense, lies and murder when he, or rather Rex, an adorable Westie Poodle for whom he is caring as part of his duties as house-sitter, discovers a corpse in Bagley Wood.

At this stage the Thames Valley Police in the form of Detective Inspector Holden and Detective Constable Trent are called in.  The police officers dismiss Doug from the crime scene but are unable to dismiss him from the case, because by now he is inextricably involved in an investigation that leads him, and them, across the country as he gradually pieces together a puzzle that is as intriguing as it is lethal.

Peter Tickler writes with humour and compassion in this skillfully crafted novel, the sixth in his series set in Oxford.  The author effortlessly weaves together apparently disparate plots as the story moves towards a startling dénouement.  Doug Mullen’s self-deprecating character makes him an endearing protagonist as he contends with the unreliable and sometimes dangerous characters he encounters in the course of his investigations.  The story is as compelling as its ending is surprising, in a book that is both absorbing and entertaining.  Highly recommended.
------
Reviewer: Dot Mrshall-Gent 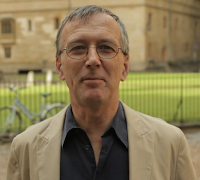