It’s 1939 and the mighty Arsenal FC are playing a top (fictional) amateur team, the Trojans.  The Trojans’ new player, Doyce, is proving a good selection but he collapses on the pitch and dies in the dressing room – the death looks suspicious and police involvement shows that it is the result of poison.  Inspector Slade and Sergeant Clinton investigate -  they work diligently to find out how the poison was administered, by whom and why.    The layout of the Arsenal Stadium (at Highbury at this time) limits the number of suspects, but the police do not lack motives and clues.

The book started life as a serial in the Daily Express (Martin Edwards, as usual, provides an interesting and informative introduction) and was quickly turned into a film.  It is well plotted and moves along smoothly, providing an interesting view of the period in which it was written.  There is, of course, information about the procedures, forensics and approach to solving crime used at the time, though the tension and excitement may seem a bit mild when compared to what is currently on offer.  The descriptions of the football clubs and the use of real characters in the plot contribute to the atmosphere.  And, importantly for some readers, an interest in football is not necessary for the enjoyment of this book.

Other books by this author:  Inspector Slade mysteries include:  The Secret of the Red Mill, Alias the Victim.   He also wrote under a number of pseudonyms.
------
Reviewer: Jo Hesslewood

Leonard Gribble (1908-1985) was a prolific writer from Devon He also wrote under several pseudonyms: Leo Grex, Louis Grey, Piers Marlow, Sterry Browning, Dexter Muir and Bruce Sanders. He also wrote some Westerns, under the name of Landon Grant. His books often focused on the particulars of policing and the judicial system. He was one of the founding members of the Crime Writers' Association in 1953. 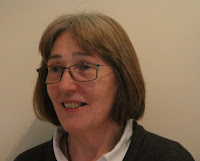