‘Walls of Silence by Ruth Wade 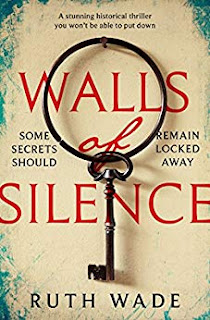 This psychological thriller is cleverly positioned inside a mind.  The story concerns Edith Potter a spinster in 1927 living in an East Sussex village.  Edith had worked in a government office reading reconnaissance photos in the Great War but lost her job when the soldiers returned.  Edith’s father was a renowned doctor whose work examined the psychological effects manifested by the shell shocked.  Dr Potter was murdered but no assailant was apprehended leaving Edith living in the same house feeling frightened and nervous.  Edith has been put in a lunatic asylum after a particular episode of troubles.  The conditions there are graphically described.

Dr. Stephen Maynard attempts to restore Edith’s sanity using the newly established methods of psychoanalysis and does break into her mute state.   He becomes embroiled in the struggle within her conscious mind over some terrible secret.  She becomes well enough to move to another hospital which specialises in caring for men with appalling facial injuries.

A final denouement elucidates the explanation of the events around Edith’s whole life that have led to the impasse within her mind.  This is a powerful study of a psychological investigation with all its aspects of detection set in a significant historical period for such ideas.
------
Reviewer: Jennifer S. Palmer
Under the name B. K. Duncan Ruth has published 2 books about May Keaps, a Coroner’s Officer in Limehouse after the Great War. 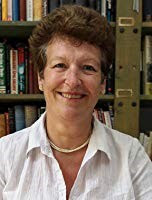 Ruth Wade spends the remainder of her working week researching and writing crime novels. Weekends can find her either learning to dance the Argentine Tango in Cambridge or deep in the woods of Hertfordshire shooting a longbow. She was once the proud owner of a ruin perched on a mountainside in Spain’s Sierra Nevada, toiling the summer months stopping the place from falling down and tending the adjacent vineyard. These days she confines her physical labour to re-pointing the flint walls of her country cottage.  Ruth Wade also writes as BK Duncan. Under that name her historical crime novel Foul Trade (the first in a series featuring May Keaps, a 1920's Coroner's Officer) was a finalist in 2016’s The People’s Book Prize, and she was shortlisted for the Beryl Bainbridge First Time Author Award.
http://www.ruthwade.com