‘Need to Know’ by Karen Cleveland 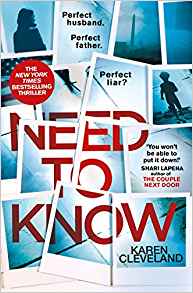 Vivian Miller has everything: a wonderful, loving husband, Matt, four beautiful children, Luke, Ella, twins Caleb and Chase, a nice house in a good area of Washington with access to excellent schools. She also has a fantastic job, working for the FBI on uncovering sleepers in the USA – sleepers are plants by the Russians who establish themselves in the USA under deep cover with a view to lying very low for a long, long time before breaking cover and doing some sort of harm. It was only a few years ago that 12 such operatives were unmasked and sent back to Russia in an exchange which included Sergei Skripal, at the time in a Russian prison for spying for the West – and we all know what happened to him. Viv is deeply patriotic and is proud to be making a contribution to her country’s security. For the last two years she has been trying to break into the link between a handler who is managing five sleepers – at last, she has worked out an algorithm which will hack into that link. She sees the faces of four of them, all quite unfamiliar. But the last face is all too familiar – her husband! Her husband is not Matt Miller at all, from Seattle, but Alexander Lenkov, born in Volgograd. When she taxes him he admits it freely. He had apparently been orphaned very young, taken up by the state and trained for the job from that time. His parents are similarly not what he had told her but also plants. He insists that his love for her and their children is deep and genuine, but he had no choice. Little by little she unpicks the course of their relationship from their first encounter and realised it was all planned. She had been set up. He had always wanted her to go on working at the FBI on the pretext that her job was better-paid than his as a software engineer and they needed both incomes to finance their mortgage, day care costs, and the unforeseen but catastrophic expenses of twin Caleb’s heart condition. If she informs on him not only will they lose his income, but she could well face the sack for having such a dodgy husband. And she still loves him, and is sure that, for all the lies, he loves her and the children. She could say nothing but even that means lies. And one lie leads to another, and another. And those lies lead to danger, not just for her and Matt but the children. And is everyone else in her department totally trustworthy?

This first novel is a very exciting read, although I must say I swallowed a bit when it came to what seems to a Brit excessively ostentatious patriotism – Stars and Stripes outside the front door etc. Of course, Brits are patriotic too – especially when it comes to the World Cup! And there do seem to be an awful lot of sleepers – but maybe there are in real life as in fiction. Recommended.
------
Reviewer: Radmila May 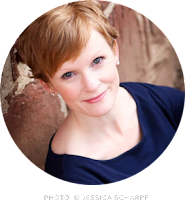 Karen Cleveland is a former CIA analyst. She has master’s degrees from Trinity College Dublin, where she studied as a Fulbright Scholar, and from Harvard University. She lives in northern Virginia with her husband and two young children.
http://karen-cleveland.com