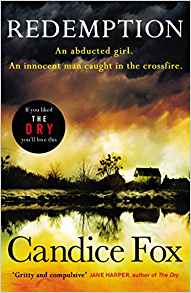 This novel continues the story of Ted Conkaffey, former Sydney detective, which began in Crimson Lake in which Ted was arrested and remanded in custody for the rape and attempted murder of a young girl, Claire Bingley, and then released without being tried on grounds of insufficient evidence. Looked on as a pariah by virtually the whole of Australia, he fled to Queensland with its voracious rainforest and silent, waiting crocodiles. There, although still an object of contempt and disgust, he found a haven of sorts and some employment as a private detective in the agency run by the strange and chaotic Amanda Pharrell. When they first work together, they achieve some success (see the Mystery People review of Crimson Lake), but Ted has not so far been able to unearth the evidence which will clear him of the attack on Claire Bingley. Alone in his dilapidated lakeside house, save for his flock of geese (it is a moot point whether he adopted the geese, or they adopted him) he broods on the collapse of his former life, in particular the wreck of his marriage and the estrangement of his wife, Kelly, and his beloved baby daughter, Lillian. Then the geese alert him to the appearance of the man who above all wishes to harm him: Claire’s father Dale. Violent and deranged with grief, Dale is bent on vengeance. Ted manages to fight him off, but he knows that Dale will be back. Meanwhile Ted and Amanda are on another job: two young people working at a run-down roadside bar have been murdered, and Michael Bell, father of one of the victims, Andy, who is distrustful of the competence of the local police, employs Amanda and Ted to assist the police. Not that their intervention is welcomed by the police, but Amanda does have the ability to pick, out of a welter of apparently unrelated facts, the two which, when added together, make four sufficiently enough to start a whole new train of enquiry. Unexpectedly, newly promoted Detective Inspector Pip Sweeney does not immediately warn off Amanda and Ted; instead, hopeful that the two of them can provide some emotional support for Michael and also not entirely convinced of Ted’s guilt for the Claire Bingley offence, she is not unfriendly. And Ted has another iron in the fire: desperately short of money and anxious to provide support for Kelly and Lillian he has accepted the offer of a well-paid interview on TV to talk about Claire Bingley and to reassert his innocence. But at Sydney airport he is waylaid by a couple of heavies and taken off to the home of ganglord Khalid Farah whom Ted has encountered before while still working for the Sydney police: before Khalid achieved ganglord status Ted had saved his life. Now Khalid wants to repay him by providing protection, and also enhancing his own status in the ultra-hierarchical gangland by establishing the real perpetrator of Claire Bingley’s rape and near-murder.

And then the TV interview goes disastrously wrong. The interviewer has dug up Ted’s first girl friend who now accuses him of assaulting her young sister and Ted finds himself in a worse position than before.

Unlike Crimson Lake, the story is told from several points of view. Ted’s own first-person narrative, the third person narratives of Amanda and Pip (who has her own personal demons to contend with), and the diary kept by the person really responsible for the Bingley rape and attempted murder together provide a compelling account, which grips the reader right up to the end. In addition to the main characters (the diary is particularly chilling), there are a number of striking characters, such as Claudia Flannery, the elderly owner of the bar where the two young people were murdered. If there is to be a follow-on, I wonder whether Ted won’t find that his involvement with Khalid Farah, not to mention his heavies (known as Sharon and Linda!), comes back to bite him. And can he establish some sort of relationship with Kelly and Lillian in the future? Recommended.
------
Reviewer: Radmila May

Candice Fox is the middle daughter of a large, eccentric family from Sydney’s western suburbs. Her parents were respectively a parole officer and an enthusiastic foster-carer, and she had numerous half-, adopted, and pseudo siblings many of them Sydney’s most disadvantaged children. Her entertaining website tells us that she was at age 18 briefly an officer in the Royal Australian Navy and after that taught high school while obtaining two undergraduate and two post-graduate degrees. She has written three earlier novels, two of which – Hades and Eden – won Ned Kelly awards and has collaborated with best-selling author James Patterson with novels featuring Detective Harriet ‘Harry’ Blue. Her next novel in the Crimson Lake series will be Redemption Point.