‘Murder on the Marshes’ by Clare Chase 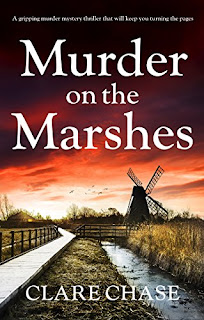 Tara Thorpe lives in a tiny Victoria Cottage built in no-man’s land in Fen Ditton in Cambridgeshire surrounded by meadows across a dark expanse of open space. As she makes her way home after a night out in Cambridge she became aware of a still hooded figure watching her and a experiences a familiar taste of fear.  Her friends had advised her not to buy the remote cottage, and as the story unfolds and we slowly learn of Tara’s history, I would also have advised her not to buy it. But Tara is a feisty individual and is ready to take on all comers but has a nasty shock when she sees what has been left for her.

The discovery of a woman’s body found drowned in an ornamental fountain at St Bede’s College poses many questions for DI Garstin Blake. The woman’s University card identifies her as Samantha Seabrook, a professor of the college, and the daughter of the multimillionaire Sir Brian Seabrooke.

While still disturbed by the previous night’s events, Tara is contacted by her boss, the editor of Not Now magazine, with instructions to get the story on the body found in St Bede’s.  What she learns is that the dead woman had been receiving death threats similar to the one Tara received and Samantha is dead.

As Garstin soon discovers there are plenty of suspects.  The clever, wealthy Samantha was not universally loved, and Garstin’s investigations unearth several petty grievances among her colleague, but could they result in murder? The story twists and turns, as more and more secrets are exposed.  Then there is a second killin.

With well-fleshed out characters this is a gripping story as Garstin Blake and Tara investigate.   But Tara cannot bring herself to disclose her past to Garstin and this may be extremely detrimental to her health.
A real page-turner, and most highly recommended.
------
Reviewer: Lizzie Sirett 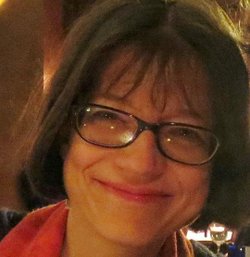 Clare Chase writes fast-paced romantic mysteries, using London and Cambridge as settings. Her influences include JD Robb, Janet Evanovich, Mary Stewart and Sue Grafton. Brought up in the Midlands, she went on to read English at London University, then worked in book and author promotion in venues as diverse as schools, pubs and prisons. More recently she’s exercised her creative writing muscles in the world of PR, and worked for the University of Cambridge. Her current day job is at the Royal Society of Chemistry. Her writing is inspired by what makes people tick, and how strong emotions can occasionally turn everyday incidents into the stuff of crime novels. It would be impossible not to mix these topics with romance and relationships; they’re central to life and drive all forms of drama.
When she’s not reading or writing, Clare enjoys drawing, cooking and trips to the Lake District. Closer to home she loves wandering round the pubs, restaurants and galleries of Cambridge where she lives with her husband and two teenage daughters.