Falling Creatures and The Magpie Tree 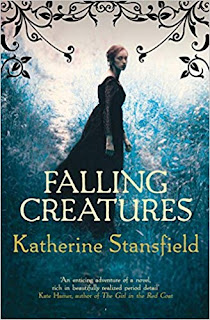 In 1844 at a hiring fair in the village of All Worthy (better known as All Drunkard) on Bodmin Moor two young women are hired by the elderly Mrs Priscilla Peter to work as dairymaids on Penhale, a remote moorland farm. One of them is Shilly (the name by which she comes to be known), the narrator of this story, the other is Charlotte Dymond. The two are a complete contrast: Charlotte is beautiful and alluring and soon all the men are entranced by her among whom are Mrs Peter’s somewhat simple son, John, the lame and facially disfigured farmworker, Matthew Weeks, and Humphrey Vosper, the keeper of the Britannia Inn at All Drunkard. Not only that but Charlotte has possessions, dresses which she keeps in a box whereas Shilly, illiterate, brought up by a neglectful, drunken father, often on the edge of starvation, has literally only the ragged clothes she stands up in. But she too is entranced by Charlotte, finding her physically desirable and longing for her love. Occasionally Charlotte responds to Shilly, more often to those men who desire her. But Charlotte has made it plain that she does not intend to remain a dairymaid for ever.

And there is something else about Charlotte which only Shilly knows about: right from their first meeting Charlotte seems to show that she has strange powers. Perhaps that is also part of the secret of her attractiveness to men: they are literally enchanted. And through her relationship with Charlotte Shilly also seems to be able to see things that are not there and experience things that have not happened. The two practise magic spells, particularly relating to a well on the farm. Will they work? Shilly believes they will.

But the spells do not protect Charlotte. She disappears one Sunday while on her way to visit her family in Boscastle, in spite of their repeated rejections of her, and is only found a few days later in the river with her throat cut. And all those living roundabout, many of whom are related to Mrs Peter as is inevitable in such a small and isolated community, are drawn into the search to find her killer. But then Matthew Weeks, who is like Shilly poor and friendless, is accused and put on trial. Shilly believes Matthew is innocent; she is alone in this belief until Matthew’s case is taken up by London reporter Mr Williams who is not convinced by the evidence against Matthew. But Mr Williams is not who, or even what, he seems to be . . .
------
Reviewer: Radmila May
‘The Magpie Tree’ 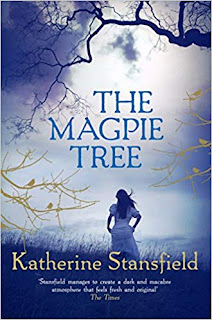 In this, the follow-on to Falling Creatures, Shilly and her new partner Anna Drake, have left the windswept uplands of Bodmin Moor together. Anna wishes to establish herself as a detective; as a woman she is prevented from working for any sort of police force, so she must do so as a private person and fund herself through what any clients she may find will pay her. Anna herself relies on logic and rational reasoning to arrive at a conclusion to whatever mystery she is investigating. Shilly, on the other hand, is more and more convinced that she does have these powers that she acquired through Charlotte. Anna doesn’t believe in that sort of thing at all, and yet, in the previous story, there were things that Shilly knew that Anna did not. So. the two of them have formed a partnership.  Moreover, Anna insists that Shilly is to give up drinking; something Shilly is addicted to, acquiring the alcohol by stealing from whatever bar they happen to come across. In return Anna will teach Shilly to read.

They make their way to Jamaica Inn (yes, du Maurier’s Jamaica Inn!) and there hear that a child has disappeared, that two witches living locally have turned him into a lump of coal, and that there is a reward for finding him. Their journey by way of the seaside town of Boscastle reawakens Shilly’s feelings for her dead love Charlotte but she is also entranced by her first glimpse of the sea. But they do not remain within view of the sea for long; their destination is the village of Trethevy and the house of Sir Vivian Orton, the squire who has offered the reward. He makes it very clear that he wants to be rid of the two women thought to be witches; his wife is pregnant and is upset at the thought of witches being so near. This part of Cornwall is heavily wooded, which Shilly, accustomed to Bodmin Moor, finds frightening. She feels that the trees are alive and menacing and full of strange presences. But Anna, wanting the £30.00 reward, is insistent that they search for and find the missing boy, Paul Haskell. Not only the boy’s family, led by his redoubtable grandmother, but many of the local people including those working in the local slate quarry, have been searching; can Anna and Shilly succeed where everyone else has failed? No-one will speak to the two women accused of being witches believing that they are the eyeless witches who, according to local legend, murdered the Cornish Saint Nechtan. They do after all speak some strange gibberish: witches’ speak? But Anna, being somewhat better educated than the local people, recognises that the language that they speak is a foreign language and can identify their nationality. All the same, who are these women, living in a tumbledown cottage, with little in the way of financial resources? Why are they in Cornwall? And where is Paul Haskell? And then one of the so-called witches is murdered.

Katherine Stansfield was one of the speakers in the Chiller Thriller panel at this year’s Cardiff Crime and Coffee Festival. I was impressed by both these stories and by the skilful way in which the author has manipulated the first-person narrative so that we can never be quite sure that Shilly really does have psychic powers. She certainly believes she does but does she really? Or is she prey to paranoid delusions so powerful that she convinces (or almost convinces) the rational, sceptical Anna of their truth?

Another aspect of these stories that I found highly convincing was the dire poverty in which the bulk of the population lived. And the author’s research is also impressive. In the first story Charlotte Dymond for whose murder Matthew Weeks was tried really did exist as did Matthew Weeks. And in the second the myths and legends of St Nechtan (who has given his name to the famous beauty spot St Nectan’s Glen) are important although the real St Nectan (if he ever existed) was based in Devon not Cornwall! But the important thing about the legendary attribution of the glen (which where much of this story is set) is not that it all actually happened there but that people believed it did. And much of the power of these stories is the strength of people’s belief in these legends.

And on a more personal level, my father was Cornish by origin and his great-great something left the family home (near St Austell, I believe) and went ‘on the tramp’ up to Yorkshire where he was taken on at a woollen mill where he apparently did pretty well. My father even had a tattered copy of the Reverend R.S. Hawker’s book of somewhat embellished myths and legends about Cornwall including St Nectan to which the author refers in a Note at the end of The Magpie Tree. Sadly, I have no idea where the book is now.
I recommend both these titles.
------
Reviewer: Radmila May 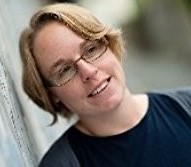 Katherine Stansfield grew up on Bodmin Moor in Cornwall. She moved to Wales in 2002 to study at Aberystwyth University where she worked as a lecturer for a number of years. Her first novel, The Visitor, was published by Parthian in 2013. It went on to win the 2014 Holyer an Gof Prize for Fiction. Her poems have been widely published in magazines and anthologies. Her first book of poems, Playing House, was published by Seren in October 2014. It includes the poem 'Canada' which was Poem of the Week in The Guardian online. Katherine also reviews contemporary fiction and poetry.
http://katherinestansfield.blogspot.co.uk/