This intriguing and absorbing this mystery contains a fey element that captivated this reader’s attention. Well-written with good characterisation this fascinating mystery will keep you turning the pages. Highly recommended.
------
Reviewer: Lizzie Hayes 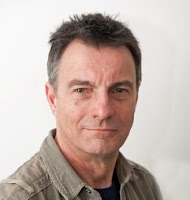 Alan Veale was born in 1952 in Manchester. He spent most of his formative years (from age 20 to 60) as a thespian and/or working in the civil service. As a teenager he discovered the joy of creative writing and applied his energies in that direction mainly to theatre scripts. His first novel The Murder Tree was published in October 2013, and he has just released a more personal story about his parents’ experience of emigrating in 1949 (A Kangaroo in My Sideboard). Written in his mother’s words and based on original letters she wrote during her adventure, it is a heart-warming tale of ambition versus adversity in a pre-internet world.