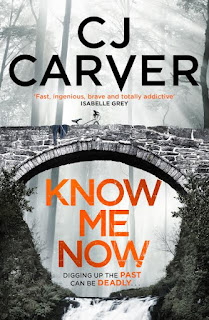 The death of thirteen-year-old Connor Baird found at the foot of a ravine is instantly taken as a suicide by the local police, thought to be linked to the death of teenager Nimue Acheson who had jumped here just three weeks previously. But Grace Reavey GP, who has only recently moved to the area is not so sure.  There are certain marking on the body that are inconsistent, and when she requests a post mortem to establish the exact cause of death she is met with hostility from both the police and Brice Kendrick. District Procurator Fiscal.

When Dan Forrester already reeling from the news of his father’s unexpected death while playing golf with his friend Gordon in Germany, learns of the death of his Godson Conner, he immediately heads for Inverness.

It isn’t long before Dan realises that there is something very wrong with both deaths, and contacts PC Lucy Davies currently working in London to help him unravel the mysteries surrounding the two deaths which he is convinced are both murders.

This is the third in the series featuring Dan Forester ex-MI5 officer, who has no memory of a period of his life.  It was when he first became aware of the gaps in his memory that he encountered PC Lucy Davies and Grace Reavey. The former struggles with her own demons that can break out at any time if not tightly controlled.  She is currently wrestling with her attraction to her boss Mac terrified that if he really knew her it would destroy their relationship. And Grace Reavey who has moved with her partner Ross to Scotland, and is finding it a struggle to fit in.  Having recently attended a rash of sudden deaths – all victims in their early sixties she had questioned the high mortality rate in this part of Scotland

The story twists and turns as Dan investigates the killing of Connor in Scotland and his father in Germany. Further complicated by the fact that his wife Jenny is on the verge of giving birth and he has promised that he will be there for the birth. But neither are prepared for the dark and secret conspiracy that has been perpetrated over the last several decades.

Once again C J Carver delivers an incredibly clever and ingeniously plotted book, that sets up questions in your mind. Could this terrible thing happen? If you want an unputdownable edge-of-your-seat read this is for you. Most highly recommended.
------
Reviewer: Lizzie Sirett

Caroline Carver was brought up on a dairy farm. At 18 she headed for the bright lights of London and four years later took a holiday in Australia which turned into a ten-year stay, working for the Sydney arm of several major international publishers. Between jobs, she travelled widely and adventurously: back-packing in South-East Asia on $10 a day for nine months, walking in New Zealand, trekking in Nepal and riding a camel through the Thar Desert are just a few of her travel experiences. Her first novel Blood Junction won the CWA Debut Dagger and was selected by Publishers Weekly as one of the best mystery books of the year.
http://www.cjcarver.com