‘The Case of Lisandra P’ by Hélène Grémillon 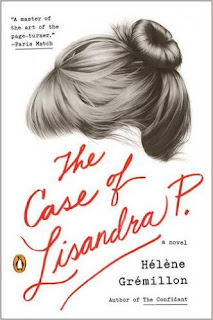 Buenos Aires, 1987. Eva Maria is horrified when her trusted psychiatrist, Vittorio, is arrested for the murder of his beautiful young wife, Lisandra. She’s determined to prove his innocence – but to do so she also has to confront her own memories of dark moments in Argentinian history, particularly the covering-up of the murders of the desaparecidos.

Grémillon uses multiple narrators to tell her story, moving from present tense to past, first person to third, snatches of dialogue only, and playscript form for the taped therapy sessions which Vittorio gives to Eva Maria. It begins with Vittorio’s narrative of how he came to meet Lisandra, interspersed with Eva Maria’s reflections, in which we learn about her drinking, caused by the loss of her daughter, and her neglect of her son. Immediately the characters are vividly present in your head, and you sympathise with Eva Maria’s quest as she investigates the scene of the crime. Then possible suspects come along: Alicia, sex-obsessed and jealous of Lisandra’s youth and beauty, Felipe, whose seemingly happy family life hides a secret, and Miguel, a pianist whose torturers focused on his hands. The interviews draw you back into the dark times when someone just disappeared, and it wasn’t safe to ask where, or why; and these times return in the startling twist before the final denouement. The depiction of Buenos Aires, both the present day city and its still-lingering past, are vivid. I particularly enjoyed the way the characters were changed by the events of the story.

Hélène Grémillon was born 8 Fenbruary 1977 in France.  After obtaining degrees in literature and history, she worked as a journalist at the French newspaper Le Figaro before becoming a full-time writer. She lives in Paris with her partner, singer and songwriter Julien Clerc, and their child.
helenegremillon.com 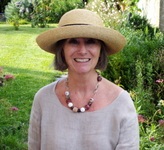 Alison Anderson is an American writer and translator based in Switzerland. Her translations include J. M. G. Le Clézio’s Onitsha, Muriel Barbery’s The Elegance of the Hedgehog, and Hélène Grémillon’s first novel, The Confidant. She has lived in Greece and Croatia, and speaks several European languages, including Russian.
Posted by Lizzie at 15:42