‘Ashes of London’ by Andrew Taylor 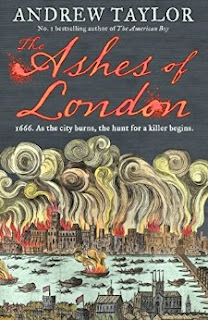 1666 was the year of the Fire of London when the city, from the Tower of London to the Temple Bar, was totally destroyed, even Old St Paul’s Cathedral, over a period of four days. One of the onlookers at the conflagration is James Marwood, a minor clerk serving Master Williamson who in turn serves a member of the government of King Charles II who had been restored to the throne in 1660 after the beheading of his father Charles I in 1648 and the subsequent rule of the Puritan Protector Oliver Cromwell. James is lucky to have employment; his father had been an ardent supporter of Cromwell and had even taken James as a child to see the execution of Charles I. Now, however, James’s father is old and suffering from dementia and is utterly dependent on his son although the old man’s tendency to blurt out highly indiscreet political remarks could put them both in danger.

During the fire James had rescued a girl dressed as a boy who then slips away. She is in fact Catherine (Cat) Lovett who now lives with her uncle, the rich merchant Master Alderley, his wife Olivia, and her lecherous cousin Edward. But Cat had heard from the old servant Jem, her only friend in the Alderley household, that her father had been seen in London and she had slipped out to see if she could find him. This is a dangerous quest because Cat’s father had been a Fifth Monarchist, a violent millennial sect which had instigated an uprising after the Restoration. Cat’s father had escaped but if he returns and is captured his death will be certain. Cat is unable to find him and so returns to her uncle’s house where she is to make an arranged and loveless marriage with Sir Denzil Croughton. But then Cat is raped by her cousin Edward and takes revenge on him. She has to leave her uncle’s house, which she does with help from Jem, and takes refuge in a lodging house where she is befriended by a Master Hakeby, who is working with Sir Christopher Wren, on plans to rebuild the city.

Meanwhile the body of a murdered man is found in the ruins of Old St Paul’s and James is directed to find out as much as he can as to who murdered him and why. He uncovers a whole hornet’s nest of secrets and deceits ranging from the present day to that January day when Charles I was executed and involving, among others, Cat’s uncle Alderley. And underlying all is the question: is there more to James’s quest than he is aware of? Is he being used?

A new book by Andrew Taylor is always an event, and this one is no exception. It is the first in a series and I am eagerly awaiting the forthcoming titles. Highly recommended.
------
Reviewer: Radmila May 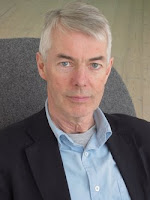 Andrew Taylor is a British crime and historical novelist, winner of the Cartier Diamond Dagger (for lifelong excellence in the genre) and the triple winner of the Historical Dagger. His books include the international bestseller, The American Boy (a Richard and Judy selection); the Roth Trilogy (filmed for TV as Fallen Angel); The Anatomy of Ghosts, shortlisted for the Theakston's Old Peculier Crime Novel of the Year; The Scent of Death, The Silent Boy and, most recently, The Ashes of London. He lives on the borders of England and Wales. He reviews for the Spectator.