'Shadows of War' by Michael Ridpath 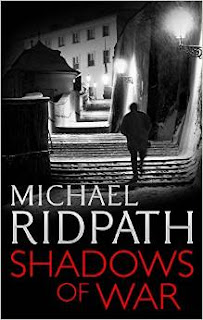 This is a very cleverly crafted thriller which combines real people and events with imaginary characters in a highly speculative interpretation of the era.  The use of the dubious evidence to build up a tale is the reason for the alternate history label for this book.

In November 1939 Conrad de Lancey travelled to The Netherlands on a spying mission.  The Phoney War is in full swing as he endeavours to discover the veracity of the evidence he has received of a group of German officers prepared to plot a coup against Hitler.  He has been a reluctant convert to the realisation of the depth of Nazi depravity but he is determined to pursue the destruction of Hitler and Nazism even though he has friends and family who hope that some negotiation could bring peace to Europe, thus avoiding the wholesale slaughter of WW1.

Conrad and others around him are involved in thrilling adventures with the possibility of death or imprisonment always present.  The story is presented from both German and English perspectives and suggests fascinating alternative history.  The contrasting aims of people in government during the early years of WW2  are cleverly revealed.  It rises to a climax as Conrad realises that he cannot assume anyone to be a genuine ally.

We reach an ending with the British retreat from Dunkirk but I would expect further adventures to follow for these interesting people.  The historical notes at the end help the reader to understand the mixture of reality and speculation in this book.
------
Reviewer: Jennifer S. Palmer
------------------------
Michael Ridpath has a previous adventure for Conrad in Traitor's Gate  and is the author of 8 financial thrillers and a series of crime novels about an Icelandic detective. 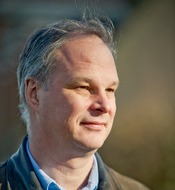