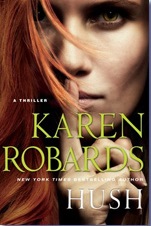 The hanging body of Jeff Cowan, son of the billionaire George Cowan now in prison for a gigantic financial fraud, and estranged husband of Riley Cowan, is discovered by Riley in the grandest room in the palatial former Cowan home in Houston. Jeff’s death is put down as suicide on the rounds of his inability to cope with his father’s disgrace and the reduced circumstances in which he, along with his mother Margaret and his younger sister Emma, must live, financially supported only by Riley who, coming from a much less privileged background, is prepared to take any job to keep the family going. Riley, however, doesn’t believe that Jeff would have hanged himself. Much more likely is that it was one of the many unsavoury characters ripped off by George using his son’s murder as a message, Tell us where the money is . . . Or else. And that’s what Finn Bradley, a CIA operative tasked with recovering the money, thinks. But he believes that Riley does know where the money is so he and his colleague Brad are shadowing her. Only problem is, Finn finds Riley highly desirable, and when someone gets into her flat and tries to drown her in the bath so that she has to escape naked and is rescued by Finn, he can only just restrain himself. Riley too finds Finn attractive but she doesn’t trust him – what does he really want? But she needs him because not only is she in danger from George’s enemies but so also are Margaret and Emma.

This romantic suspense story is a really exciting tale with Finn and Riley escaping danger while at the same time fighting the mutual attraction each feels for the other. It does, however, have some of the conventional aspects of some romance fiction which may not be to the taste of all crime fiction readers: the hero and heroine are both models of physical perfection and sex appeal and there is a certain amount of graphic sex. It is a matter of choice for the reader. However, I did feel that Riley’s character was satisfyingly complex in that she is not just an outstanding beautiful and sexy woman and not only feels deep concern for Margaret and Emma but, although she no longer loves Jeff, she feels sadness and guilt at his death: this gives her a moral dimension which makes her a more interesting character.
------
Reviewer: Radmila May 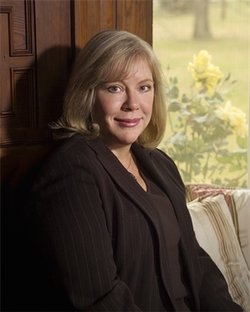 Karen Robards is the internationally bestselling author of over forty romantic suspense novels, which have regularly appeared on the New York Times, USA Today and Publishers Weekly bestseller lists, among others. She is the mother of three boys and lives with her family in her hometown of Louisville, Kentucky.