‘The Tapestry’ by Nancy Bilyeau 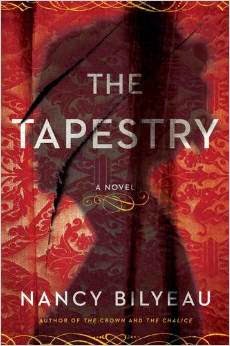 The Tapestry is set in Tudor, England following Henry V111 having set himself up as head of the church as the Pope wouldn’t let him marry again while he still had a wife.  And so he effectivly threw all his bricks out of his pram.  Unfortunatley, his tantram had far reaching results dealing a devastating blow to many of his subjects, in particular that of people who had decided to devote their lives to God, One such person is Joanna Stafford a former novice who having been thrown out of her Dominican convent following Henry closing the religious houses, decides to lead a quiet contemplative life weaving tapestries.

Unfortunately, her success as a maker of tapestries brings her to Henry’s attention and she is summonsed to court.  I so understood her unwillingness to move out of the sheltered life she wanted to lead to visit the court.   As soon as she arrives she is thrust into the court machinations, firstly by someone who she soon realises clearly means her harm, and hardly has she been rescued when she begins to doubt the sincerity of her rescuer. She is beset on all sides.  The one thing she holds firm to is her religious belief and when she learns that her cousin Catherine Howard, a young and impressionable girl, is being favoured by the king, she greatly fears for her. As she well she might, as we all know how that turned out.

As well as walking a tight-rope with Henry – ie  trying to be loyal to her monarch, and holding fast to her beliefs, she is further conflicted by her feeling for two suitors Edmund Sommerville, a former Dominican friar whom she was a one time all set to marry, and Geoffrey Scovill.

Nancy Bilyeau has woven a most complicated tapestry as Joanne picks her way through the court intrigues, trying to keep clear of the whims of the awful Henry, and away from the clutches of the nasty Thomas Cromwell.  Ingeniously plotted, the book makes for gripping reading, portraying a young woman struggling to keep her sanity and beliefs during a most appalling period of British history.

The Tapestry is the third book in the Joanna Stafford series. I have not read the earlier two, but that is something to be rectified.
------
Reviewer: Lizzie Hayes 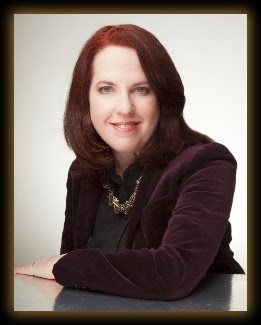 Nancy Bilyeau was born in Chicago and grew up in Michigan. Nancy Bilyeau's trilogy of historical thrillers set in Tudor England have won awards and been published in more than nine countries. The protagonist, a Catholic novice named Joanna Stafford, is a woman caught in the crosswinds of time, struggling to survive and protect those she loves in the most dangerous years of the reign of Henry VIII.
Nancy is a writer and magazine editor who has worked on the staffs of InStyle, Rolling Stone, Entertainment Weekly, and Good Housekeeping, and is currently the executive editor of DuJour.  Her debut novel, The Crown, took five years of research into Tudor England, including traveling to London and Dartford, in Kent, to find the ruins of its lost priory of the Dominican Order.
She lives in New York City with her husband and two children.