‘The Balmoral Incident’ by Alanna Knight 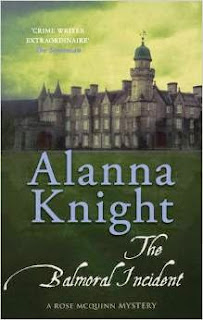 Rose McQuinn is a lady investigator in Edinburgh. Although her first husband, Danny McQuinn, had been the love of her life, she has become reconciled to Danny's death and is very happy with her second husband, Jack Macmerry, and loves Jack's young daughter, Meg, as if she was Rose's own child. Rose's stepbrother, Dr Vincent Laurie, is doctor to King Edward VII, and has procured an invitation for Rose and Meg to stay in a handsome cottage on the Balmoral estate, in company with Vince's wife, Olivia, and their daughter, Faith, and Olivia's old school friend, Muriel Penby Worth. Olivia is delayed and Rose and Meg travel north with Muriel, a domineering and snobbish woman, and Muriel's silent, colourless maid, Lily.

The cottage is commodious and all seems set for a pleasant holiday, all the more exciting for Rose because Muriel invites her to a meeting of the local women's suffrage group to meet her heroines Emmeline and Christabel Pankhurst. However, Rose cannot deny the feeling of foreboding that warns her all is not well, especially when she sees amongst the ghillies a man who reminds her of her late husband, Danny. This feeling of fear seems to be explained when Vince warns her to keep her deerhound, Thane, out of sight of the royal household. The King is a great lover of handsome dogs and horses and if he expresses a wish to possess an object, a loyal subject is supposed to immediately offer it to him. Thane is more than just a dog; he is a creature with mystical powers, Rose's protector and Meg's adored companion.

Soon after Rose's arrival, two deaths occur. They are dismissed as accidents but Rose is determined to get to the truth of the matter. Despite her stepbrother and husband's appeals that she should not meddle, Rose risks danger and disgrace in order to investigate, and finds herself in great peril.

The Balmoral Incident is the eighth book featuring Rose McQuinn and it says much for the author's skill that it is easy to pick up the storyline and understand the characters' relationships without having read the earlier books in the series. At the same time, enough mystery concerning the back-story remains that I will happily seek out and read earlier books in the series. The historical background is beautifully drawn and the characterisation is strong and vivid, with likeable central characters who remain believable despite the vein of supernatural power that runs through the book. The Balmoral Incident is a compelling read.
------
Reviewer: Carol Westron 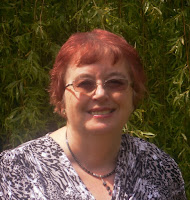