‘The Real World of Sherlock’ by B J Rahn 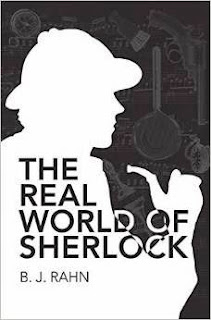 Fans of Sherlock Holmes and Dr Watson will enjoy the dissection of the world of the author of the Holmes stories in this nonfiction work as B. J. Rahn considers what these tales owe to other writers, doctors, scientists and policemen of the day.  She looks firstly at the influence of the works of Edgar Allan Poe on the Sherlock oevre and then at the contribution of Doyle's mentor in his medical training in Edinburgh, Dr. Joseph Bell.

The real life mysteries that Conan Doyle investigated are fully described - the Edalji and Slater cases are the crux here - with Doyle's interest in crime demonstrated by his membership of the exclusive dining club eventually called the Crimes Club.    This group  discussed serious crimes and visited relevant places like the Jack the Ripper sites.  A section on the development of European police forces with emphasis on the UK and attempts to establish a reliable and effective detective group really shows parallels to some of the Holmes canon and its emphasis on the limited nature of investigations by the official police compared with Holmes's use of observation, intuition and knowledge.

The centre of the picture for B. J. Rahn is the character of Conan Doyle himself.  To Doyle himself she attributes the sense of justice and the investigative flair of Holmes.  To any student of the Holmes works this book will provide an interesting reference work.
-------
Reviewer: Jennifer S. Palmer
This is, as far as I know, B. J. Rahn's first book though she had produced many articles on crime fiction.

Professor B. J. Rahn teaches English Literature at Hunter College in New York. She has been teaching, researching, and writing about crime fiction for over two decades. She has published articles in journals and reference books such as The Armchair Detective, The Dictionary of Literary Biography and the Oxford Companion to Crime and Mystery Writing. She also leads detective walking tours in the UK, which visit sites in the lives and fiction of authors such as Arthur Conan Doyle, Dorothy L. Sayers, Agatha Christie, and Margery Allingham. 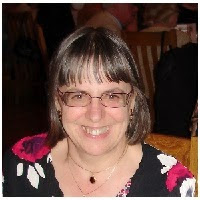