‘The Bosch Deception’ by Alex Connor 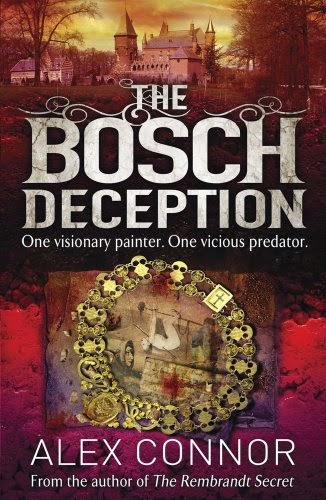 Hieronymus Bosch, born into a family of painters, was a sick nervous boy with a superior talent. His dreams gave rise to the terrible depictions of hell in his paintings. In an age where few common people could read, these depictions of the afterlife kept the faithful in line. The premise of this story is that his father and the clandestine Brotherhood of Our Lady conspired to cover up the fact that he died young and the family then painted his pictures from his sketches. Bosch was kept as a prisoner and treated badly, but one brother wrote the secret down and hid it, in a unique way.

Nicholas Laverne, excommunicated priest arrives in London claiming to have in his possession a series of secret note fragments that will destroy the reputations of both the Church and the art world. Laverne has the evidence to end over 500 years of silence and injustice.
A killer is intent on finding the evidence and silencing Nicholas. Add to the mix villainous art dealers, a fervent assassin and is Nicholas the man we think he is? Murder and mayhem ensues. Here is the mystery, are the notes genuine? Is the killer motivated by money or fanatical devotion to the Church?
The Bosch Deception is a good read. Alex Conner weaves an interesting tale.
------
Reviewer: Sue Lord

Alex Connor  is also known as Alexandra Connor, and has written a number of historical sagas under this name. She has had a variety of careers including photographic model, personal assistant to a world famous heart surgeon, and working in a Bond Street art gallery. Having always had an intense interest in the history of art, Alex – who has previously written historical novels and non-fiction – is now concentrating on writing conspiracy thrillers set in the art world. She is listed in Debrett’s “People of Today” and is also a Fellow of the Royal Society of Arts.
alexconnorthrillers.com 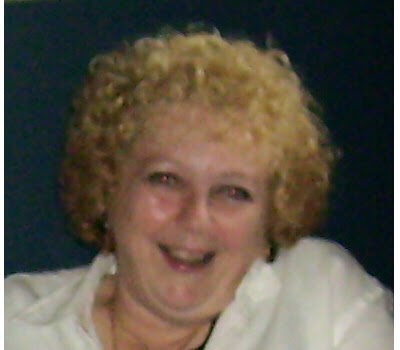