‘Angel of Death’ by Ben Cheetham 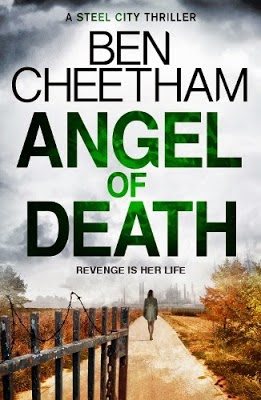 Cosmic justice invariably triumphs in crime fiction, and with it often comes another theme which is so familiar that it’s almost become a cliché: rule of law is not necessarily a route to justice.
In Angel of Death, one of the two protagonists, a jaded detective approaching the end of a demoralizing career, is all too aware that the law is used as a tool by the rich and powerful. The other has neither love nor use for the law; it has done nothing to prevent her downward spiral into the gutter, and seems intent on keeping her there.

The consequence is a series of killings, mainly of the kind of complacent low-lifes who have that money and power and don’t hesitate to use it: a real-life scenario all too familiar from news bulletins at the moment. Are the killings murder? Or natural justice?

It takes place mostly in Sheffield, a city whose grim, gritty and grey reputation goes before it. The story of Angel, abused teenage runaway turned heroin addict and prostitute, is not for the fainthearted, but more power to Ben Cheetham for making the reader – this one at least – root for her and cheer her on towards fulfilling her objective of revenge on her abusers as the tunnel vision of the law lumbers along ten paces behind.

The path taken by D I Jim Monahan is almost as thorny. Playing by the rules has meant Jim has lost everything that mattered to him; when his path crosses Angel’s through his uncovering of a crime far more heinous than the suspected arson which he is sent to investigate, the difficult questions at the back of his mind spring forward and refuse to be pushed down any longer.

The story is every bit as grim, gritty and grey as the well-drawn city, and the characters are just as convoluted as its streets. It’s Ben Cheetham’s second ‘steel city’ novel; the first was that rare but well-publicized phenomenon, the self-published bestseller subsequently taken up by a conventional publisher.

Cheetham seems to be specializing in the kind of moral dilemma which fiction deals with far more effectively than the legal system, though in Angel of Death the fickle finger of fate points at the innocent along with the guilty, and no one escapes undamaged.

For fans of the down and dirty style of mystery fiction, with plenty of gore and grime, Ben Cheetham is a name well worth seeking out.
------
Reviewer: Lynne Patrick 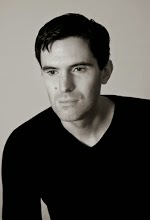 Ben Cheetham   is an award-winning writer and Pushcart Prize nominee. His writing spans the genres, from horror and sci-fi to literary fiction, but he has a passion for dark, gritty crime fiction. His short stories have been widely published in magazines in the UK, US and Australia. Ben lives in Sheffield, UK 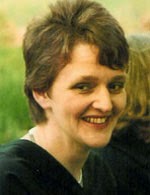