‘The Collector’ by Nora Roberts 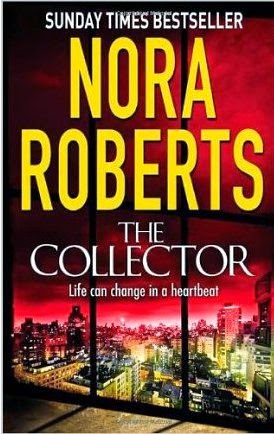 Lila Emerson is a professional house-sitter. I added in the word ‘professional’ as Lily has no actual residence, she neither owns, or rents a property.  For the purposes of having a permanent residence she gives her friend Julie’s address. She greatly enjoys the wonderful sophisticated penthouses in which she house sits.   Her diary is full. She moves from one residence to another. This gives her tine to write – yes Lila is a writer of young adult novels with a heroine who is a werewolf.

Settling into yet another sumptuous residence in New York, Lila indulges in her other pastime, using her binoculars to spy on the people she can see from her vantage point in the block in which she is now residence.  And yes I know that you are thinking it – Rear Window. As in the film Lila becomes involved in the lives of the people that she watches. And then she too is witness to a murder, but had no sight of the murderer, just an arm.

Although Lila reports what she has seen immediately to the police,  it does not initially seem like a murder – maybe an accident and a suicide.  But despite being unable to give any identification of the killer, Lila knows what she has seen.

Giving a statement to the police she is accosted by Ashton Archer who says that he was related to the victim, can she tell him what she saw. Ashton is an artist, but can Lila trust him.

I am aware of the prodigious writing of Nora Roberts, writing also as JD Roberts, and I will be honest and say that I usually pass them on to other reviewers feeling that they will be formulaic. But I started reading this one and I could not put it down.  I was drawn in by the characters and the complexity of the plot.  I should have realised that someone turning out so many best sellers could be no slouch. This is a great read. Marvelous characters, and a great plot, and some romance.  Definitely not to be missed.
------
Reviewer: Lizzie Hayes 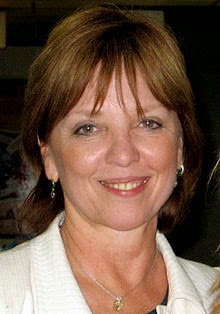 Nora Roberts was born in Silver Spring, Maryland, the youngest of five children. After a school career that included some time in Catholic school and the discipline of nuns, she married young and settled in Keedysville, Maryland. She worked briefly as a legal secretary. "I could type fast but couldn’t spell, I was the worst legal secretary ever," she says now. After her sons were born she stayed home and tried every craft that came along. A blizzard in February 1979 forced her hand to try another creative outlet. She was snowed in with a three and six year old with no kindergarten respite in sight and a dwindling supply of chocolate.  Born into a family of readers, Nora had never known a time that she wasn’t reading or making up stories. During the now-famous blizzard, she pulled out a pencil and notebook and began to write down one of those stories. It was there that a career was born. Several manuscripts and rejections later, her first book, Irish Thoroughbred, was published by Silhouette in 1981. Nora met her second husband, Bruce Wilder, when she hired him to build bookshelves. They were married in July 1985. Since that time, they’ve expanded their home, travelled the world and opened a bookstore together. She is author of more than 209 romance novels. She writes as J.D. Robb for the "In Death" series, and has also written under the pseudonym Jill March.
Posted by Lizzie at 11:37