‘A Lovely Way to Burn’ by Louise Welsh 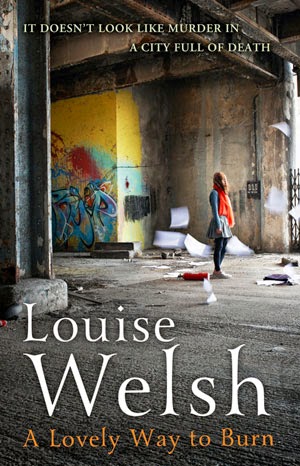 Louise Welsh has been an established crime writer for a number of years, and according to one of her review quotes, she ‘straddles the shadowy borderline between crime and literary fiction’.  If that is intentional on her part, with A Lovely Way to Burn she has settled firmly on the dark side; if not exactly crime, it’s quite definitely a thriller. It’s action-packed from the very first page, and the pace and tension level never let up.

The body count is phenomenal, though that’s mainly down to the deadly virus rampaging through every city in the world. A pandemic of holocaust proportions ensures that the emergency services have their hands full: an ideal situation for a murder clearly meant to look like natural causes.

As Stevie Flint, former investigative journalist turned TV shopping channel presenter, ploughs determinedly through a devastated London in search of the truth about her surgeon boyfriend’s death, Welsh builds an all too vivid picture of a city –  a world, even – flung into nightmare chaos by something beyond human control. Hospitals are littered with bodies and overrun by rats. Quiet suburban streets have become ghettos guarded by residents made aggressive by fear. Once gridlocked major roads are deserted. And the army have been drafted in to transport lorryloads of corpses to goodness knows where.

And through it all the author threads a plot which plants doubt in the reader’s mind about exactly how safe it is to trust the medical profession.

Multiple characters pass through, mainly on their way to a harrowing death by incurable virus. It’s a pity they have to die, because Welsh knows how to make them live on the page, whether they engage the reader’s sympathy or make us want to punch them. By the end, of the people who start out, only Stevie is left, immune to the virus, alone in a world that will never be the same.
And A Lovely Way to Burn is the first in a trilogy.

It’s an unputdownable thriller by an author at the top of her game. ‘Literary’ fiction can so often mean wordy, even pretentious; on this showing, Louise Welsh’s work is a long way from either of those things. Her writing zips along; her imagination creates a world that fascinates as it appals; her protagonist is sparky, strong and makes you want to root for her. I can hardly wait for the next instalment.
------
Reviewer: Lynne Patrick

Louise Welsh was born in London on 1 February 1965. She studied History at Glasgow University and traded in second-hand books for several years before publishing her first novel. She is based in Glasgow, Scotland. 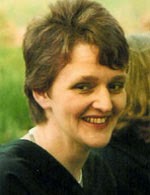