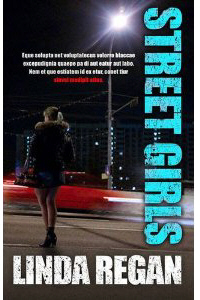 The story opens with banter between two prostitutes Bethany and young Carly as they work their pitch in the freezing cold.  They are both looking for a punter with a warm car, and to earn enough money for a fix and to keep their pimp Yo Yo Reilly happy.  But the evening is not destined to end on a happy note.

A stabbing on the troubled South London Aviary council estate brings unrest.  DI Georgia Johnston and her Sergeant Stephanie Green are assigned to investigate, but is dismayed to find that her boss had called in gang expert DI Dawes to be part of the team. DI Dawes has is own agenda, which is dedicated to bringing down the head of the Brotherhood of Blades Yo Yo Reilly, a most unsavory character.

Soon the unrest on the estate has escalated and the rumour is of a takeover of the estate by a rival gang. Although a complete book in itself we meet again thirteen-year-old Aylsha who featured in Brotherhood of Blades.  Currently Yo Yo Relly’s woman, Aylsha still holds a touch for Michael Delahaye, a former lieutenant in the Brotherhood.

As the investigation progresses it is clear that DI Dawes wants to arrest Yo Yo Reilly whether he is guilty or not.  As struggles to keep the investigation on track she also has the additional problem of Stephanie’s teenage daughter Lucy who is working at the station in the murder department to gain work experience, and is eager to prove herself.  So much so that she offers to go undercover, against ’s opposition.

Rich in characters, Linda Regan has created an explosive situation as loyalties become stretched, in both the police force and the underworld. Coupled with youth and a desire to prove oneself the story moves along at a cracking pace.   The estate is a powder keg as the different fractions, misunderstandings, jealousy and resentments come to the surface. In a volatile stand-off - who will win and who will lose?

Linda Regan is a master of her craft and I eagerly await the next book.  Not to be missed.
------
Lizzie Hayes 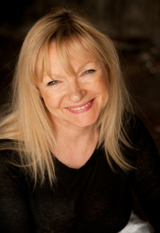 Linda Regan is a successful actress. Her career has varied from The Royal Shakespeare company to a regular character in the  BBC's comedy HiDeHi series. Also guest appearances in The Bill, , Doctors, Crime Watch, a Lynda La Plante series- Framed. Her first three books all have theatrical threads. Behind You! is set backstage in a pantomime. Passion Killers- is a dark thriller. In Dead Like Her someone is killing off Marilyn Monroe lookalikes. But in Brotherhood of Blades took Linda’s writing into a new dimension, and this new book Street Girls can only be termed a thriller.