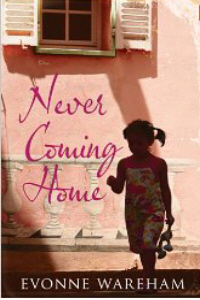 Having sorted the job in Atlanta, security consultant, Devlin is returning to Chicago, but with his hatred of flying he decides to drive part of the way.  In the wrong place at the wrong time - it depends on your point of view, but coming upon an accident, he is in time to hold the hand of a dying girl.

Six months later, his job takes him to London, the home of the young girl who died in the accident, who he has since learned was in America on a visit to her father.  Although he had left his details at the time of the accident Devlin had been surprised that no family member had contacted him to ask about the young girl’s dying moments.  Now visiting London he decides to at least call and leave his card.

His visit to Kaz Elmore, the young girl’s mother brings unexpected revelations. Could Jamie still be alive?  His quest to find the truth uncovers deception, murder and obsession.

Although this book is classed as romantic suspense, I found it a most intriguing mystery.  It moves at a cracking pace with constant surprises. The story twists and turns.  But it is also a love story as two people with initially no current interest in embarking on a relationship find in each other an overwhelming attraction. Kaz vulnerable and still grieving for her dead daughter, and Devlin a man with a dangerous past.  If you like a good mystery that keeps you on the edge of your chair, with a strong love element, this has both in spades.  Highly recommended.
-----
Lizzie Hayes

Evonne Wareham  was born in South Wales and spent her childhood there. After university she migrated to London, where she worked in local government, scribbled novels in her spare time and went to the theatre a lot. Now she’s back in Wales, writing and studying history and living by the sea.
Posted by Lizzie at 10:59