‘The Moment Before Impact’ by Alison Bruce. 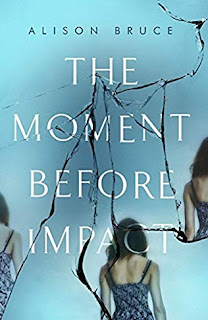 Five young students returning home from an evening at a music festival are involved in a car crash, which leaves two of them dead and one badly injured.  Nicci, the driver of the car, serves a three-year prison sentence and, on her release, returns to Cambridge, where she had lived and attended college.  Her life and friendships have been shattered and, as she struggles to re-establish herself, she is fortunate to receive support from Celia, a former journalist and now a lecturer, who knew all those involved in the incident.  She lets Nicci have a place in which to live and set up a business removing tattoos.

As Nicci walks around the familiar streets she inevitably sees someone she knows – Jack, the brother of one of the victims.  He has never forgiven her for the death of his brother and has recently returned to his old family home, where he is trying to cope with the collapse of his marriage.  As a result of this encounter Nicci has a flashback which adds to her memories of the car crash and its aftermath and makes her question the results of the original inquiry.  Celia supports her in her efforts to challenge the official verdict and, with the help of DI Briggs, a friend of Celia’s, they are able to look at the old police files.  Despite his own issues, Jack listens to Celia and Nicci and starts to have his own doubts about what happened on that sad evening.  Together, their investigations open up new suspicions and unexpected dangers.

The plot is clever and full of surprises, making telling use of the catastrophic effects that the sadly-familiar car crashes involving young people have on the lives of the victims, their friends and families.  The role that family and friends can play in hiding the secrets and lies that bind people together is an underlying thread.  Cambridge provides a good backdrop for the story, its networks of small local streets forming part of the characters’ histories.  The characters themselves are well-drawn - their anger, bitterness and guilt, but also their hopes and possibilities.  This is an atmospheric and gripping story, one which should satisfy Alison Bruce’s existing readership and attract new fans.
-------
Reviewer: Jo Hesslewood.
Other books by this author:  The DC Gary Goodhew series of 7 books 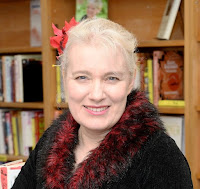 Alison Bruce was born in Croydon and grew up in Wiltshire. She has worked in all kinds of jobs, from admin to electro-plating and from DJ-ing to IT management. She didn't always plan to become a full time novelist but can't remember a time in her adult life when she wasn't carrying a notebook and pen and jotting down ideas. One day an idea grabbed her so strongly that she decided to tackle a full-length novel.  Alison had moved to the Cambridge area in 1998 and decided to make it the backdrop for the books because of its unique mix of characteristics. It is a relatively small city but has a worldwide reputation for education and science. On its doorstep lie tiny and relatively primitive rural hamlets yet it has an airport and fast rail links into London. It is traditionally English but multi-ethnic, vastly wealthy in places but under privileged in others. Alison Bruce has also written two non-fiction books, Cambridgeshire Murders and The Billington, Victorian Executioner, both published by the History Press. 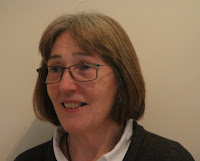