‘The Crooked Shore’ by Martin Edwards 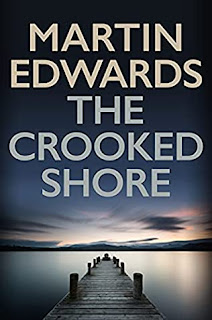 The question
‘So, you want to know why I killed Ramona Smith?
is the opening line and it is addressed to DCI Hannah Scarlett. But who is asking the question?

Scarlett is just back from a conference in London where she had presented a paper on the challenge of leading cold case reviews. She is still surprised to find herself now described as an expert in solving unsolved crimes.

When Kit Gleadall, the new Police and Crime Commissioner, asks Hannah to look into the twenty-one- year-old case of the disappearance of Ramona Smith from Bowness, it takes her a while to bring the case to mind. Recollection brings back memories of the investigating officer Ben Kind who had a prime suspect who he was convinced was guilty. Although Smith's body was never found the prime suspect was charged and tried for the murder. He was found not guilty, but eventually committed suicide.  Following another death, the case has resurfaced.

Kingsley Melton is the manager of Strandbeck Manor, a period house that has been turned into luxury apartments.  Taking his ease on the shoreline, named The Crooked Shore, Kingsley is shocked to see jogging past him Logan Prentice who Kingsley suspects of evil deeds.

As Hannah begins re-interviewing the people who were investigated in the original case, those that are still alive, that is - she ponders on Ben Kind - a very shrewd cop, who she had liked very much but who had sadly subsequently been killed in a hit and run.  These pondering naturally take her to his son Daniel Kind, ex TV historian who Hannah had been dating. But she had not seen him for six weeks as he had been travelling abroad promoting his new book. Whilst it had been wonderful to see him again things seemed different. Maybe, he had someone else.

Narrated in the third person by Kingsley Melton and Hannah Scarlett, there are many strands to this story, which are skilfully drawn together. Like many good stories the clues lie in the past.  The Crooked Shore is one of the best books I have read in along time.  Just when you think you know it all, there is a sudden jaw-dropping twist that I most certainly didn’t see coming. Most highly recommended as a book not to be missed.
------
Reviewer; Lizzie Sirett 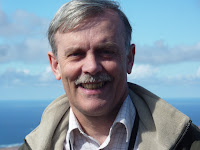