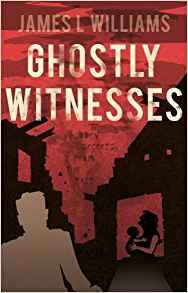 Constable Vic Holland has moved from his quiet rural beat to take a position with the Clanfield police force. He hopes that a heavier and more demanding round of police duties will help him get away from the memory of his wife’s unfaithfulness and her death in a car crash. But so far it has not. Then one night he pursues two youths, plainly up to no good, into a derelict building. They set upon him, beat him up and then set fire to the building before leaving themselves. Vic is trapped. But then a stranger comes to his rescue and helps him to avoid certain death. He loses consciousness and when he comes to in hospital no-one has any knowledge of the stranger. Who is he? And what is the mysterious cream on his hands that has saved from dreadful burning. But while in hospital the mysterious stranger comes to Vic in dreams. And when he gets home he comes again as does a young woman who seems in a curious way familiar. Vic is given leave to recuperate but at the same time warned that he is seriously overweight and must get fitter if he wants to stay with the Clanfield police. He joins an exercise class run by ex-policeman Ernie Newsham while at the same time pursuing enquiries to see if he can find out the identity of his mysterious rescuer. He finds a Miss Potter and she gives him a great deal of information of an entirely unexpected nature. And events go on from these in a way that leads to revelations about Vic’s own family.

This book is an addition to the new genre of paranormal crime. I have already reviewed titles by other writers – Ben Aaronovitch, D. K. Benedict, Syd Moore – and perhaps more will come. While the genre is unlikely to become a major trend, it is good to see how creative imagination can create new and interesting forms of the most popular type of fiction that now dominates the market.
------
Reviewer: Radmila May

James L. Williams has previously worked as a hospital chef and at a local garage. He also has gained various qualifications in catering, book keeping and business administration. Over the years his eye sight has deteriorated, though he has overcome being registered as legally blind to pen this, his first novel.