‘The Treatment’ by C. L. Taylor 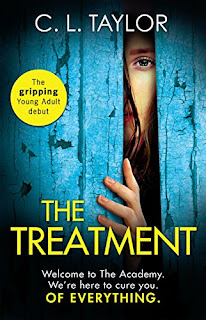 This novel, which is told in the first person by 16-year old Drew Taylor, is set in a dystopian near future. Drew and her brother Mason are unhappy in their home life. Their psychologist father is no longer around, and their mother Jane has married again. Drew misses her father desperately and finds it difficult to make friends, preferring to talk to on-line contacts using names such as LoneVoice, XMsZaraFoxX, RichardBrain, and Jake Stone. Mason expresses his unhappiness by being seriously disruptive at home and at school and when he is expelled for the third time the decision is taken to send him to the Residential Reform Academy, miles away in Northumberland. At first Drew accepts this: Mason is plainly rather disturbed and Drew and her mother hope that the RRA will help him. But then Drew is approached by a woman who says that she worked at the RRA where she had been Mason’s psychologist and she has a note for Drew from Mason. She also says she would have ‘got Mason out if she could.  Would have got them all out’ but is too afraid to say more and leaves. A few minutes later she is run over. Deliberately? Drew rings the hospitals but they have not admitted anyone of that name. The police are plainly disbelieving. Then Drew reads the note from her brother: he writes that he is being brainwashed by the RRA. Drew’s mother is anxious and worried but her stepfather Tony, who had been hostile to Mason, says that Mason is trying to manipulate his mother and sister. Tony has a senior position in school’s national administration and neither he nor Jane feels able to stand against him. But Drew has to do something and, since no-one seems to have much information about the RRA, she decides to go there herself. To do so, she has to behave so disruptively that she also will be sent there. So, she does. And when she gets there she finds that Mason’s accusations are all too true. Can she rescue him before he too is brainwashed into passivity? And, given what happened to the doctor who had given Mason’s note to Drew, just how dangerous will that be?

There has been in recent years a number of crime fiction books for younger readers, mostly in series, mostly fairly lighthearted. This book is rather more serious and should appeal to more thoughtful readers in the target audience.
------
Reviewer: Radmila May 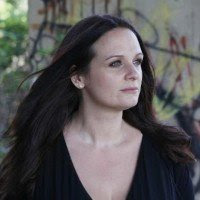 C.L. Taylor (Cally Taylor) was born in Worcester and spent her early years living in various army camps in the UK and Germany. She studied Psychology at the University of Northumbria and went on forge a career in instructional design and e-Learning before leaving to write full time in 2014.  She started writing short stories in 2005 and was published widely in literary and women’s magazines. She also won several short story competitions.  She  is the Sunday Times bestselling author of four gripping psychological thrillers: The Accident, The Lie, The Missing and The Escape. Her books have sold in excess of a million copies, been number one on Amazon Kindle, Kobo, iBooks and Google Play and have been translated into over 20 languages. The Treatment is her first Young Adult thriller. C.L. Taylor lives in Bristol with her partner and young son.