‘A Patient Fury’ by Sarah Ward 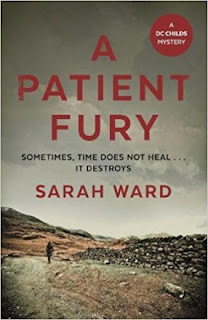 Detective Inspector Francis Sadler and DC Connie Childs are called in the middle of the night to a fire on Cross Farm Lane.  When they arrive, the house is a furnace.  The fire commander confirms that there are definitely bodies inside and it is soon clear that all of the occupants are dead, and one of the bodies is hanging, suspended from the ceiling and macabrely twisting. They establish from a neighbour that the house was occupied by a couple with a little boy.

The next of kin are Julia Winson and her brother George.  Julia conducts ghost tours and is constantly looking over her shoulder convinced that she is being watched. Maybe she should give up the ghost tours.  Brother George runs an antique business but as the story progress he is revealed as having a cruel streak.

Initially the police rule it as a murder-suicide, but as they delve deeper an old criminal enquiry comes to light, the disappearance in June 1980 of Elizabeth Winson, Julia and George’s mother, who ran a knitting shop in the town and around lunch time left her shop leaving a note pinned to the door ‘Back in two minutes’ .

A Patient Fury in the third book in the series featuring DC Connie Childs. It is one of the best books I have read this year.  I love a mystery and this one has two mysteries.  Who was responsible for the deaths of the Winson family, and what happened to Elizabeth Winson in 1980?  The story twists and turns as Sadler and Childs continue to dig into the lives of the family both alive and deceased.  Slowly bits of the past are revealed cleverly illustrating the characters of the Winson family.  But is one of them a killer?

Whilst delving into the characters of the Winson family let us not overlook the development of the passionate and troubled Connie Childs and the enigmatic Francis Sadler, who lives and breathes the job.  Will there be more to this situation in the next book?

As well as being cleverly and intricately plotted this had a most unexpected and interesting ending that took me totally by surprise and had me going back and mulling over the clues. This book is highly recommended.
------
Reviewer: Lizzie Sirett
Earlier books in the series are, A Bitter Chill and A Deadly Thaw.  Add them to your Christmas list. 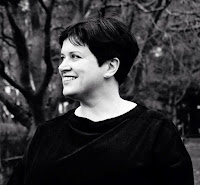