‘The Caller’ by Chris Carter 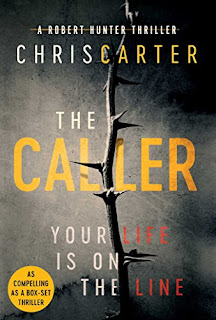 Can you remember your best friend’s mobile phone number?  Or your partner’s birthday or, indeed, your own wedding anniversary?  The date of a close relative’s death?  No?  Well start memorising that sort of stuff because someone out there is killing women in particularly nasty ways and involving their friends and relatives in the grisly process.

Detective Robert Hunter, LAPD is well-qualified in the Psychology of Criminal Conduct, with a track record second to none.  He and his partner, Detective Carlos Garcia, have the job of trying to understand the killer and his plans before he kills again.

This fast-moving story gives a different twist to the ubiquitous stalker/serial killer, introducing new ways in which to use the mobile phone to terrifying effect.  It does contain descriptions of violence, which may not suit all readers – some quick page turns may sort that out.  The partnership between the talented insomniac Hunter and Garcia is well-drawn.  There is even a little personal interest as Hunter starts to take an interest in a woman he meets at the 24-hour library he visits during his sleepless nights.  It’s a clever and taught plot, though the ending is perhaps not quite what the rest of the story deserves.  This book is the eighth in the series, but does work as a stand-alone.  It will be welcomed by the author’s many fans who have waited a while for this addition to the Hunter and Garcia series.
------
Reviewer:  Jo Hesslewood
Other books by the author:  One by One, I Am Death, The Crucifix Killer, An Evil Mind, The Executioner, The Night Stalker, The Death Sculptor 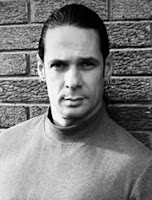