‘The Frozen Shroud’ by Martin Edwards 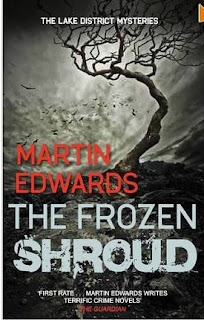 What a pleasure it is to receive a copy of the sixth ‘Lake district Mystery.’ What mystery will celebrity historian Daniel Kind and DCI Hannah Scarlett, have to unravel?

Over one hundred years ago on Halloween night, a young housemaid from Ravenbank Hall went missing. Gertrude Smith was found brutally murdered, her face destroyed and covered in a woollen cloth. The lady of the house committed suicide and this was accepted as a clear sign of guilt. The ghost of Gertrude, the “faceless woman” haunts the lane at Ravenbank, a very small and remote community on Ullswater.

Five years before this novel begins, Sheenagh Moss, a beautiful, if pushy Australian, was living at the Hall with Clifford Palladino a rich, much older man. She took the dog for a walk late on Halloween and failed to come home. Sheenagh was found, her face beaten to a pulp and covered by a shroud. There was a clear suspect but he died in an accident before he could be arrested.

Daniel Kind, is interested in the old cases, and wonders whether the obvious suspects actually did commit the crimes and begins to research the murder of the housemaid. Daniel's research unsettles the people of Ravenbank as everyone has something to hide, although not necessarily about the murders. Daniel and his sister attend a Halloween party at Ravenbank Hall. But in the early hours the partygoers have to search for another beautiful woman who is eventually found, her face obliterated and shrouded from view. Once again there is an obvious suspect, but is he guilty?

The ongoing story of Hannah and Daniel puts the ‘icing on the cake.’ The ‘cake’ is a beautifully constructed novel with characters that are rounded and believable, all mixed together with a clever plot and a satisfying end. The ‘jam’ that holds it all together is the atmosphere of the lakes in autumn which Edwards writes so well.

Here is murder past and present with themes of jealousy and obsessive love. As well as the ‘will they, wont they?’ aspect of the relationship between Daniel and Hannah. I highly recommend this book. If you haven’t read the series, start now.
------
Reviewer: Sue Lord
The earlier books in the series are: The Coffin Trail, The Cipher Garden, The Arsenic Labyrinth, The Serpent Pool, The Hanging Wood 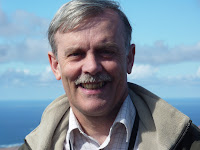 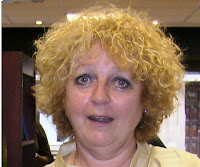