‘The Drowned Man’ by David Whellams

Chief Inspector Peter Cammon is called out of retirement to travel to Canada to retrieve the body of a murdered colleague. He takes the assignment reluctantly but then gets involved in investigating the crime. He is an experienced police man with a wealth of helpful colleagues and relations so the investigation develops rapidly in the UK, Canada and the USA.

The murder was an example of overkill - the man was brutally attacked, run over and dumped in a canal yet the probable cause for his death was relatively trifling. He was concerned with the purchase of three letters from the US Civil War which involved John Wilkes Booth, who was eventually the assassin of Lincoln. The story is a fascinating one as Peter copes with diplomatic personnel and University lecturers, searches for the beautiful Alice Nahri and returns home at intervals to take his dog Jasper for walks. The background of the letters and their significance today - particularly in Quebec - is fully developed. The complications of the investigation over three countries are eventually unravelled by the inspector but not without thrills on the way.
-----------
Reviewer; Jennifer Palmer
This is the second book about Chief Inspector Peter Cammon, the first is Walking into the Ocean.

David Whellams spent 30 years working in criminal law and amending the Criminal Code in such areas as dangerous offenders and terrorism. Walking Into the Ocean is the first book in this series. He lives in Ottawa, Ontario. 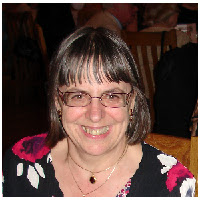