‘Airs and Graces by Roz Southey 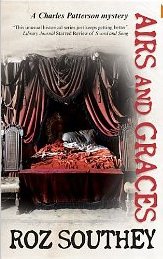 Set in Newcastle Upon Tyne in 1737 this is the sixth in the series starring Charles Patterson, artist and, apparently, amateur detective. The local upholsterer and most of his family have been brutally murdered, and Charles and his friend Hugh arrive just in time to see the murderer getting away.  She is one of the upholsterer's daughters, angry at being taken from her adopted home in London and moved to what she sees as the backwaters of Newcastle.

Despite seeing her fleeing the scene of the crime, Charles is not convinced of her guilt and, when he connects with a mysterious women from the parallel world that he can link to, he is even more doubtful.  Even if she was guilty of hating her family he isn't convinced she could have done the murders and the evidence is confused at best.

Charles is put on the case as the local constable, Phillips, is ill and he knows that Charles has, as he puts it "experience in these matters".  He is also expected to look after the visiting architect, at the request of his patron, who has come up from London to design and build the new city Assembly Rooms.

This is a nicely painted story, with some thoughtful characters and an unusual take on the crime novel, with its supernatural edge.  Charles, the main protagonist, is nicely drawn, as are the other players in the narrative, in both "real" and spirit worlds.  Along with the mystery, there is the nice contrast of the petty politics and discriminations of this era, which flesh out the backstory and personalities of the main and side characters.  The writing is well crafted and despite the contortions required to marry up the two worlds, natural and supernatural, Roz Southey does it with flair, along with a real feel for the history and layout of the old city of Newcastle, my home city.

I have not read any of the other books in this series and so this was a complete foray into the unknown for me.  Having read Airs and Graces, I will now be tempted to look out for past Charles Patterson mysteries to add to my repertoire.  Recommended for those who like historical mysteries and are not afraid to play with the genre.
------
Reviewer: Amanda Brown 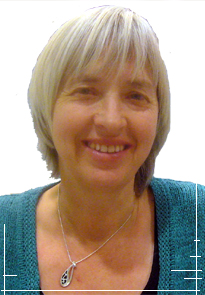 Roz Southey, an academic historian lectures at the International Centre for Music Studies in Newcastle Upon TyneShe is the author of five previous novels in the highly-aclaimed Charlespatterson series.

www.rozsouthey.co.uk
Posted by Lizzie at 16:14