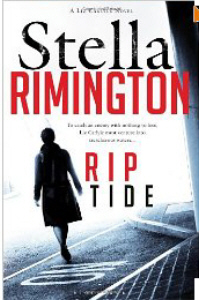 Published by , July 2011.
ISBN: 978-1-4088-1112-2
Mitchell Berger who has lived in most places in the world, is now living in and co-ordinating aid for the charity UCSO. A call that an aid ship bound for Mombasa had been subject to a hijacking attempt, which had been foiled by a French Navy patrol is on the face of it good news. However this is the third hijacking of an aid ship and Mitchell surmises that it is no chance attack, as like the earlier two hijacking this particular aid ship was carrying unusually expensive cargo.  With a sigh Mitchell telephones the London Headquarters of UCSO and alerts his boss David Blakey to the problem. An ex-MI6 officer David decides to have a chat with an old colleague.
Meanwhile, the problem reaches MI5 Officer Liz Carlyle by a different route as the French Navy who captured the pirates have found that one of the gang has a British passport.  Would Liz like to question the prisoner?  During the decade that Liz Carlyle has been in MI5 things have changed dramatically following 9/11. So a British citizen of Pakistani descent in a gang of Somalis pirates raises a red flag.
As Liz investigates the background of the prisoner Amir Khan, and tries to make sense of the chain that has resulted in Amir being part of a pirate gang, a separate prong of attack is being put in place in .
Whilst the investigation steps up, and Liz and her team try to get a handle on the facts and information that they are uncovering, equally fascinating are the behind the scenes politics and relationships inside MI5 and MI6
On a personal level Liz is currently enjoying a relationship with a French counterpart, but can relationships ever stand still?
An exciting entry in this excellent series, this book is recommended.
-----
Lizzie Hayes 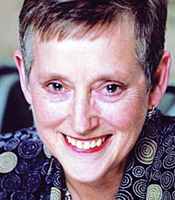 Dame Stella Rimington joined the Security Service (MI5) in 1968 and during her career she worked in all the main fields of the Service's responsibilities - counter-subversion, counter-espionage and counter-terrorism - and became successively Director of all three branches. She was appointed Director-General of MI5 in 1992. She was the first woman to hold the post and the first Director-General whose name was publicly announced on appointment. She has written her autobiography and five Liz Carlyle novels. She lives in and .
Earlier books in the series are: At Risk, Secret Asset, Illegal Action, Dead Line and Present Danger
Posted by Lizzie at 15:58