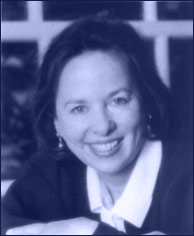 Jessica Mann was born in London in 1937. She went to school in
London, and then took degrees in Archaeology at Cambridge, and in Law at Leicester University.
She is a novelist, journalist, broadcaster and author of non-fiction. Jessica has been a Planning Inspector, chaired public committees, been involved with the NHS and been responsible for protecting water customers. But she always wanted to be a writer, ever since she learnt to read. After living in Edinburgh for ten years and for three in Leicester she moved with her husband, the archaeologist Professor Charles Thomas, to Cornwall, where she still lives. Jessica has written 22 crime novels, and 4 non-fiction books.
She has two sons, two daughters and 11 grandchildren.
http://www.jessicamann.net

Lizzie: Your new book, A Stroke of Death, brings back Tamara Hoyland, formerly an undercover operative for government intelligence, who featured in six books from 1981-1988. What prompted the decision to bring her back?
Jessica: Tamara’s first appearance was at a time when it was unusual to have a woman, especially a young woman, as the main character in a crime novel. My editor took the book, but was quite dismayed that it was “too feminist.” The contemporary equivalent – that is, of those who are not generally regarded as ‘heroine material’ -  is middle aged and older women, who are notoriously invisible. So one reason for bringing her back was pure perversity on my part! But also, Tamara is a character I like and find interesting – she has all the qualities I lack myself – such as courage and initiative and lack of bashfulness or shame. And finally – readers (some readers!) asked for her to make a come-back.

Lizzie: Although many of your books are stand-alone, apart from Tamara Hoyland you have featured  the archaeologist Thea Crawford in a couple of books and more recently child psychiatrist Dr Fidelis Berlin. Are any of these protagonists based on real people or just imagination?  And do you have a favourite?
Jessica: The books are stand-alone, or stand-as-two-or three rather than a long series - but in fact all my books take place in the same world. So Tamara may not have known Fidelis, but they have friends in common. As do Thea and Fidelis. If anyone could be bothered to check, they would find that all 22 novels are connected! No, I don’t have a favourite, and none of them is consciously based on a real person. But they are all very real to me  and sometimes to others. After the previous Tamara book appeared (the one I thought was the final one, before reviving her all these years later) I got a letter from a man who was furious she’d got married. ‘I was going to marry her myself’ he wrote.

Lizzie: The Survivor’s Revenge (1998), Under a Dark Sun (2000) and Dead Woman Walking (2013) all have connections to WW2.  You also wrote Out of Harm’s Way (non-fiction, 2005) about The Wartime Evacuation of Children from Britain.  You have stated that  at 2 and 4 you and your brother were sent as evacuees to safety in Canada and America, returning in 1943. Although you state that you have no memory of this, has writing about it being cathartic? Or is it just a period in history that interests you?
Jessica: Well, the first thing to say is that it is a fascinating period in history, and an awful one. We are so lucky not to have been faced with the decisions that had to be made. My parents were Jewish refugees from Germany. They’d already  had to decide whether to leave or stay there. Then in 1940,  whether to keep their children with them, at risk of being singled out by invading Nazis – and don’t forget that in 1940 everyone believed the enemy would invade, and would succeed – or whether to save their children, sending us away believing they would never see us again. Whether to get us back in 1943, which meant crossing the U-boat patrolled  Atlantic. What the post-war generation has been spared! Anyway, I thought it might be cathartic when I started work on Out of Harm’s Way – or at least, thought doing the research might revive some memories from before my present earliest memory, which is of returning in 1943 when I was 5. It didn’t! But I write about that period in fiction, usually as part of a novel set in the present day, because the events fit into the unfolding story – unfolding to me, as well as to the reader. So this is the answer to your next question too: I don’t work out plots or really anything else before I start.

Lizzie:  When writing crime fiction do you plan your plots before you start?  And, if so, do your books change during the writing process? So often writers say that the characters take over, resulting in a different ending and sometimes perpetrator. Do your books pan out exactly as you originally planned?
Jessica:             I realise what’s happening, why, when, where and to whom, only as I’m writing it. I wouldn’t recommend it as a way of producing a book because it can leave one completely stuck, sometimes for months. But if I knew the story beforehand, I wouldn’t find putting it on paper very interesting. It’s a process of discovery for me too, even though it means that when it’s finished I have to go back to the beginning and patch in some clues. It always amuses me when a reviewer calls my books “tightly plotted”. I wish!

Lizzie: When embarking on a new book, what area of the book challenges you the most?
Jessica: I write unfashionably short books in the age of the blockbuster. Some of the novels I am sent as review copies - because I write a monthly crime fiction review column for the Literary Review – are 900 pages long! So mine, which are the traditional length of crime fiction up until the 1980s, about 70,000 words, are puny in comparison. I go back to the beginning to make them longer, and end up with something even shorter. My trouble is that I write “tight” and I simply cannot pad it out, hard as I try.

Lizzie: In addition to your 22 crime fiction books you have written four non-fiction books. I was particular interested in Godrevy Light which you co-authored with your husband Charles.   The book I understand sparked by the fact that you met your husband Charles at an archaeological dig at Godrevy over fifty years before, and the Golden Anniversary of your marriage coincided with the 150th anniversary of the first lighting of Godrevy Lighthouse. To mark both anniversaries your book recorded its history, illustrated in works of art from your own collection. I am sure that must have been fun to do together. But do you have a preference for non-fiction, or is the use of the imagination that writing crime fiction brings, more fun?
Jessica: The Godrevy book was fun to do, and unexpectedly successful too. Charles, being an academic, didn’t expect to be paid for writing, though he published a dozen books and hundreds of articles. He was absolutely incredulous when he got royalties for Godrevy Light!

No, I don’t prefer non-fiction – it’s just much easier to write,  even if it takes a bit longer, because you don’t need to wonder or worry what happens next. And if you don’t feel like writing you can do a bit of research and feel virtuous. And when it’s journalism (I have done quite a lot of freelance journalism) it brings the instant gratification of immediate publication and payment! But fiction is what I prefer to read, and what I want to write. And however unsuccessful it may be, whatever kind of disappointing reception a novel may have, I shall always be happy that I fulfilled my childhood ambition. I dreamed of holding a novel with my name on the jacket - and believe me, it does still  bring the pleasure and satisfaction  I thought it would – after all these years!

Lizzie: So what next?  Do you plan another Tamara Hoyland? Or ?
Jessica: I have the kernel of an idea for Tamara’s next adventure, but if I say anything about it,  the bubble will burst.

Thank you Jessica, for taking the time to talk to me for Mystery People.