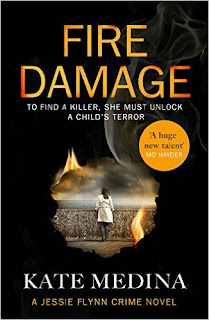 This is a new series featuring Jessie Flynn an army psychologist with more problems than her patients. Jessie is asked to take on the case of 4 year old Sami, the son of Captain Nick Scott who has recently been injured in Afghanistan, injuries that have left him severely burned and blind in one eye. His son appears to be traumatised by it and Jessie tries to delve into what is behind the little boy's torment as she suspects it is more than just that his father looks so different.

While the main story focuses on Jessie trying to figure out what has happened to Sami, the plot also follows two other viewpoint threads. Local detective Bobby Simmons investigates the charred torso washed up on a Sussex beach, and Military Police Officer Ben Callan, a former patient of Jessie's, investigates the murder of an Intelligence Officer in Afghanistan. While for the most part this is quite a leisurely read the ending is face-paced and powerful, bringing together the threads in an unexpected and satisfying way.

The themes of this book revolve around the issues of war with the Middle East but deal with the effects of army life on both the soldiers and their families and the injustice of what happens when they are no longer fit for duty.
-------
Reviewer Christine Hammacott

Kate Medina while studying for a degree in Psychology, joined the Territorial Army where she spent five years, first as an officer trainee and then as a Troop Commander in the Royal Engineers.
She has an MA in Creative Writing from Bath Spa University and now writes full time. Her debut novel, White Crocodile (published under the name K. T. Medina), a thriller set in the minefields of Cambodia, received widespread critical acclaim. 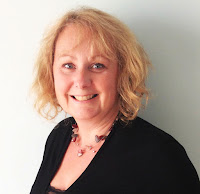