‘The Stranger’ By Harlan Coben 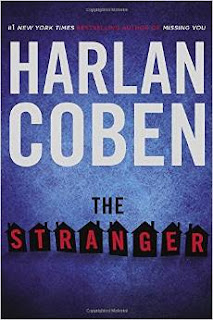 Considering the numerous books Harlan Coben has written he still does not disappoint his readers especially with his latest offering “The Stranger”.

Adam Price is living in suburban heaven. He has a good job and lives in a big house with his beautiful wife, Corinne, and two children. But his life is turned upside down when a stranger walks up to him in a bar and reveals a secret about his wife.  It cannot possibly be true or can it?  It puts a nagging doubt in Adam’s head.  Why would a stranger tell him something which has such an impact on his life and walk away without explanation?

Adam follows the trail and finds the stranger was speaking the truth but then his wife doesn’t arrive home for dinner and he gets a text from her. ‘We need to spend some time apart. Don’t try to contact me’

What then unfolds has the reader hooked. Other secrets are uncovered and the tangled web of the internet puts others in danger as Adam finds more and more people are involved in this operation and some don’t survive.

The Stranger is a gripping read which shows the reader danger of going online and how much information is out there about us all, perhaps waiting to bite us.
As always, Harlan Coben delivers a compelling read which holds our interest to the very last page.
------
Reviewer: Ellen Campbell

Harlan Coben was born  4 January 1962 in Newark, New Jersey.  He was the first ever author to win all three major crime awards in the US. He is now global bestseller with his mix of powerful stand-alone thrillers and Myron Bolitar crime novels. He has appeared in the bestseller lists of The Times, the New York Times, Le Monde, Wall Street Journal and the Los Angeles Times.  He currently lives in New Jersey with his wife and four children. 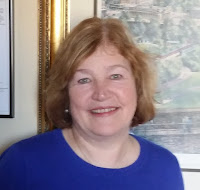