‘Fair of Face’ by Christina James 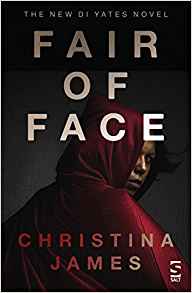 The discovery of the murders of a mother and her child in Spalding Lincolnshire obviously leads to a police inquiry.  DI Tim Yates is leading the investigation with the assistance of Juliet Armstrong, his detective sergeant and various other officers.  There is a complication in the case which is that Tina Brackenbury, one of the victims, was the foster mother for a 10-year-old girl, Grace Winter.  Grace had been staying with her friend Chloe Hebblewhite for the weekend and was, therefore, not killed with the others.

The police find out that Grace had already survived a massacre when she was six years old, her grandparents, mother and baby sister had been killed.  Her uncle, Tristram Arkwright was convicted of that crime.  Is there some connection between the two events?  We are privy to some of Tristram’s thoughts as he serves his life sentence.  The story centres on the police and their investigation including their interaction with the two children and the involvement of two anxious social workers who support the girls.  The way children are properly treated by police in these circumstances is well shown. 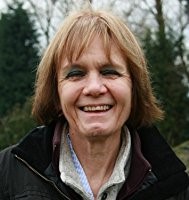 Christina James is the author of a crime thriller series set in the Fenlands of South Lincolnshire. Her first crime novel, In the Family, finds Detective Inspector Yates investigating a cold case that leads deep into the secrets of a dysfunctional family. Almost Love, the second of the series, published in June 2013, concerns the mysterious disappearance of a veteran archaeologist. Sausage Hall, published in November 2014, deals with the exploitation of women in both Victorian England and the present day. Christina James is the pseudonym of an established non-fiction writer.
https://christinajamesblog.com/category/fair-of-face/ 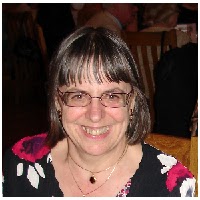