‘The Glass Alibi’ by John Burns 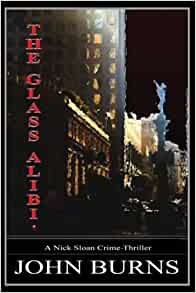 Set in San Francisco in 1982 this macabre story charts the dramatic consequences that follow a falling-out between two greedy, stinking rich and depraved women.

Annoyed by Elizabeth Burnett’s outrageous behaviour, property developer, Sharon Farnsworth, steals over eighty million dollars from her. Not content with that, Sharon also gets Betty Bloomfield to physically assault Elizabeth and Jamie Reynolds to rape her.

Elizabeth responds by employing Private Eye Nick Sloan to get her money back, and Dino Balistreri who runs a burger bar – think Sweeney Todd - to rough-up Betty.  Elizabeth doesn’t need our sympathy. Her rich, half-sister, Avril, who is the Crown Princess of a small Bavarian state, is due to marry her Prince William within a week. This is unlikely to happen because she is imprisoned in Elizabeth’s mansion where she is being humiliated and cruelly treated. Elizabeth and their father have their eyes on Avril’s money so you can guess where she’s headed. After Betty’s roughing-up gets out of control, Annie von Hess comes roaring along in her red Ferrari. In theory Annie is friends with Elizabeth, Avril and Sharon. In practice she seems more like double-crossing assassin, albeit a beautiful one, who ends up shooting at least three people.

Nick Sloan is essentially a decent man who likes to get at the truth. He is puzzled by the ladies’ behaviour – most people would be - and thinks that Elizabeth hasn’t been entirely straight with him. Aided by his unflappable secretary, Janet, and supported by the love of his life, district attorney Rita Delmonico, Nick adopts various personas whilst he extracts information from witnesses and ogles beautiful woman. Eventually, Crown Prince William appears and offers to pay Nick a fortune if he will help to rescue Avril.

The Glass Alibi is a story that leaves next to nothing to the imagination. It is not for the faint-hearted, those with a weak stomach, or anyone who gets distressed by the obscene abuse of money and privilege. The graphic descriptions of gruesome events may reflect that the tale had its origins in an 89-page screenplay that has been laboriously stretched into nearly four-hundred-page book. A few normal people do appear in its pages, though Bedlington, a caricature of a British butler who can’t possibly be what he’s supposed to be i.e. a butler, certainly isn’t one of them.  Sloan himself is endearingly aware of the trials and difficulties of ordinary people, and is a detective one can definitely warm to. Despite the horror it portrays, The Glass Alibi is an entertaining book that has its own morality and justice systems: it will be enjoyed by those who don’t take life too seriously and can cope with disturbing violence, avarice and a raft of incredibly evil characters
------
Reviewer: Angela Crowther. 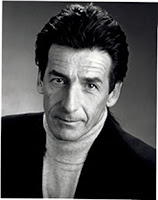 John Burns is the author of, The Glass Alibi, a hard-boiled, crime/thriller, set in the hard-times of the 1980's. John is a full-time writer. He is the only author ever to have been awarded four coveted REMI awards in a single awards night, in the 52-year history of the Huston International Independent Film Festival. John is also well known for his wholesome, award-winning children's novels. He is a former cable TV Executive, producing the first cable production featuring the Academy Award Winning films of Toho Studios and director Akira Kirosawa. John’s adult education includes: The School of Contemporary Music, Boston Massachusetts, creative writing at San Francisco State University, Screenwriting with Professor Richard Walters, UCLA, and Shane Black (Predator, Iron Man Three). John is a graduate of The Hollywood Film Institute. John is married and splits his time living in the historic Bohemian district of North Beach, San Francisco and the beautiful desert oasis of Palm Springs, California.

Angela Crowther  is a retired scientist.  She has published many scientific papers but, as yet, no crime fiction.  In her spare time Angela belongs to a Handbell Ringing group, goes country dancing and enjoys listening to music, particularly the operas of Verdi and Wagner.